What exactly does code optimization mean

should not only save the CPU cycles, but can be used on any processor.

Machine-dependent optimization is performed after the target code has been generated and when the code is transformed according to the target machine architecture. It is about CPU registers and can have absolute memory references, not relative references. Machine-dependent optimizers make efforts to take maximum advantage of the storage hierarchy.

A program can have various constructs as basic blocks, such as IF-THEN-ELSE, SWITCH-CASE conditional statements and loops such as DO-WHILE, FOR, and REPEAT-UNTIL etc.

We can use the following algorithm to find the basic blocks in a program:

Basic blocks are important concepts from both code generation and optimization point of view. 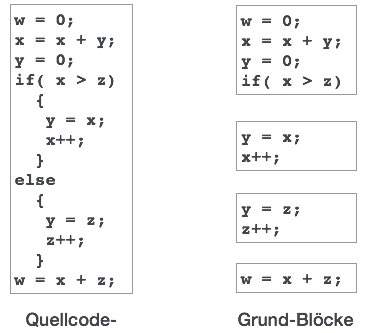 Basic blocks in a program are represented using control flow diagrams. A control flow graph shows how program control is passed under the blocks. It is a useful tool that helps in optimization by helping locating unwanted loops in the program. 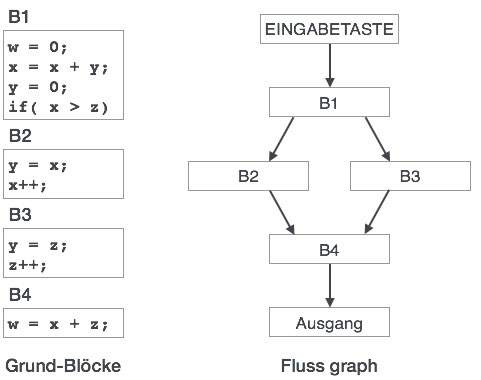 Most of the programs run in a loop in the system. It becomes necessary to optimize the loops in order to save the CPU cycles and memory. Loops can be optimized using the following techniques:

Dead code is one or more than one code statements that are there:

So, code plays absolutely no role in any program operation and can therefore be easily removed.

There are some code statements whose calculated values ​​are only used in certain circumstances, that is, sometimes the values ​​are used and sometimes they are not. Such codes are known as partial dead codes. 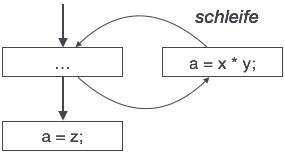 The control flow graph above shows a piece of program in which the variable 'a' is used to assign the output of the expression 'x * y'. Let us assume that the value assigned to 'a' is never assigned in the loop.Immediately after the control leaves the loop.'a 'is assigned the value of the variable' z 'which would be used later in the program. We conclude here that the assignment of code "a" is not used anywhere, therefore authorized to be eliminated on it. 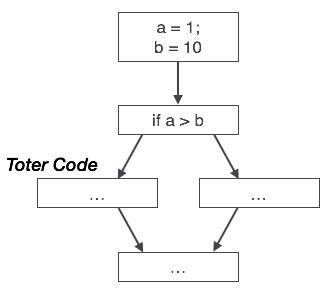 Also, the figure above shows that the conditional statement is always false, which means that the code, written in the true case, will never be executed so that it can be removed.

Loop invariant code is partially redundant and can be eliminated with a code motion technique.

Another example of a partially redundant code can be:

We assume that the values ​​of operands ( y and z ) are not derived from assignment of variables ato get variable c changed. Here, if the condition statement is true, then y OP Z is calculated twice, otherwise once. Code movement can be used to remove this redundancy, as shown below:

Here whether the condition is true or false; y OP z should only be calculated once.