What are the best movies about friendship

You go through thick and thin with best friends. Regardless of the form in which these friendships appear, be it for a short time or for life, you experience the unforgettable, the curious, the funny and the sad. These 10 films are about growing, deep and unusual connections between people who stick together or find each other despite all challenges. 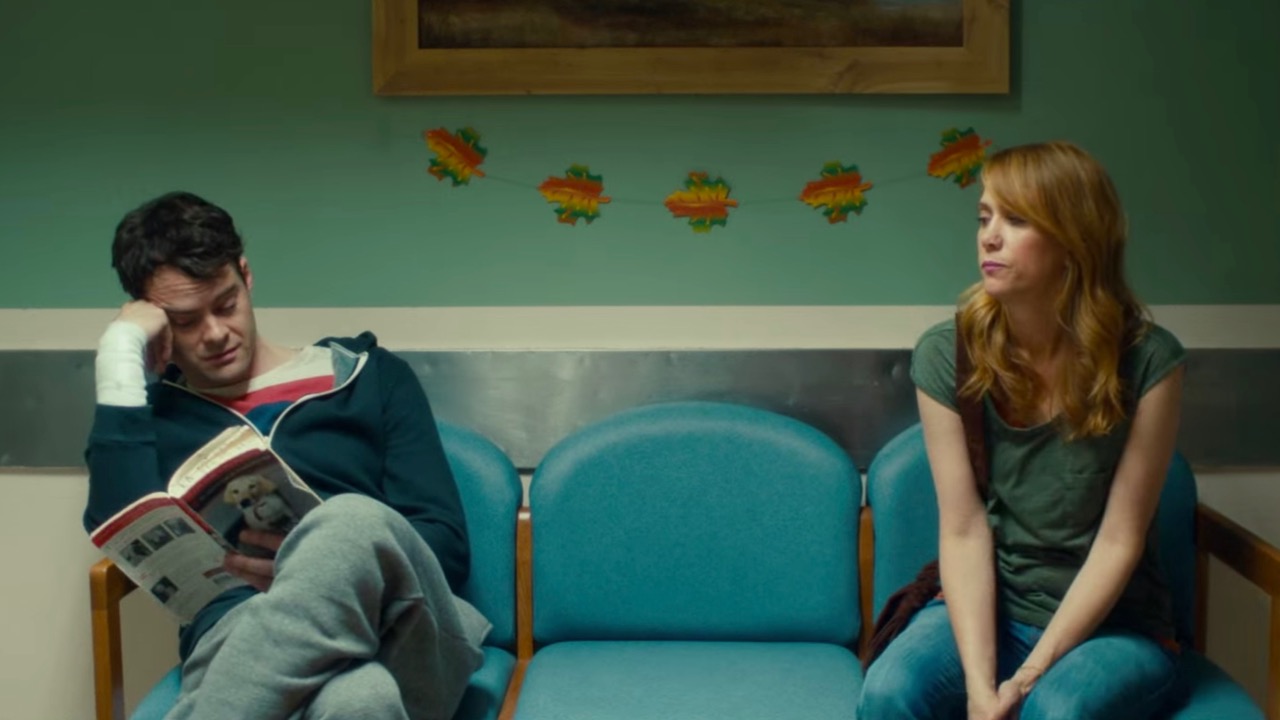 The twins Maggie and Milo have not only separated themselves spatially since childhood. But the unhappily married Maggie and the unsuccessful actor Milo have one thing in common: They both find themselves in a life crisis - and survive a suicide attempt on the same evening. Maggie then invites her brother to stay with her for a while. Reunited for the first time in ten years, the siblings have the opportunity to find out what went so terribly wrong in their lives ... In an impressive balance of humorous and tragic moments, THE SKELETON TWINS tells of the special bond between twins - and of daily despair called life. 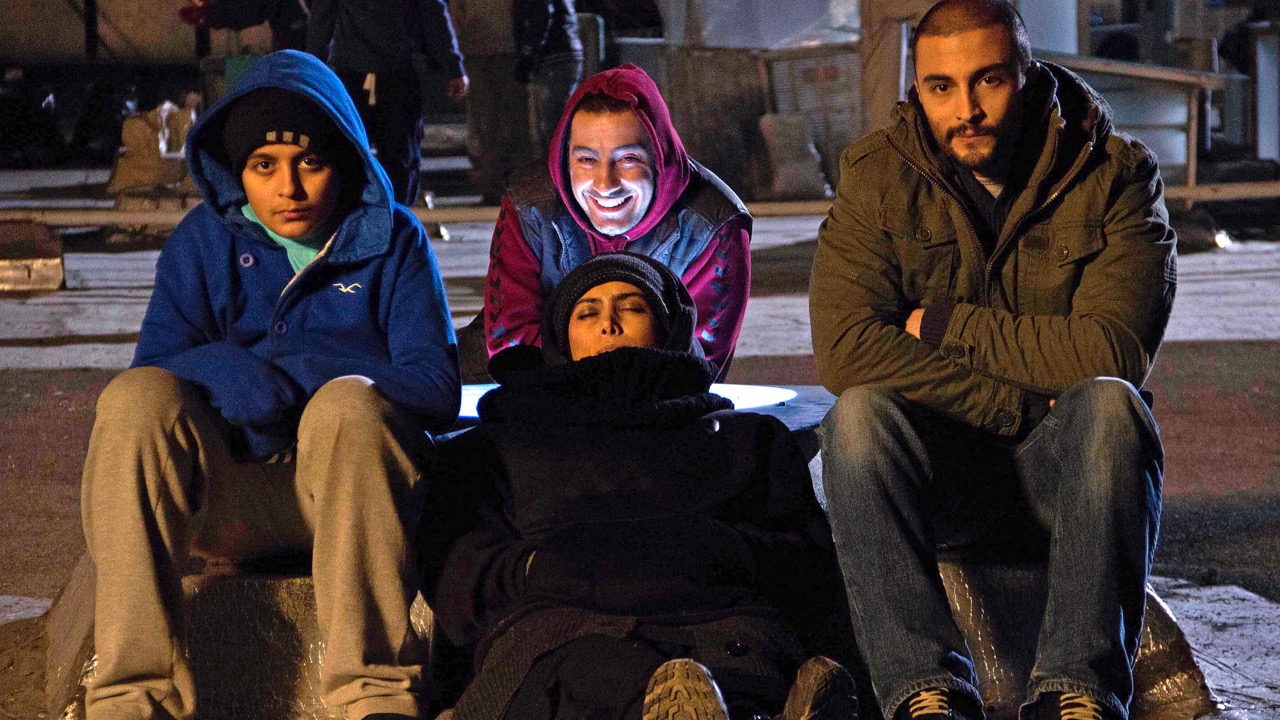 In the middle of the night, Bemani beats around on his drums - one of the few valves for the taciturn thirteen-year-old who is bullied at school and left alone by his parents. When he met the tough punk lady Sami one day in front of his apartment block in Tehran, a new door opened in his life. Bemani is immediately impressed by the hardened young woman and from then on moves around the houses with her and her homeless friends. 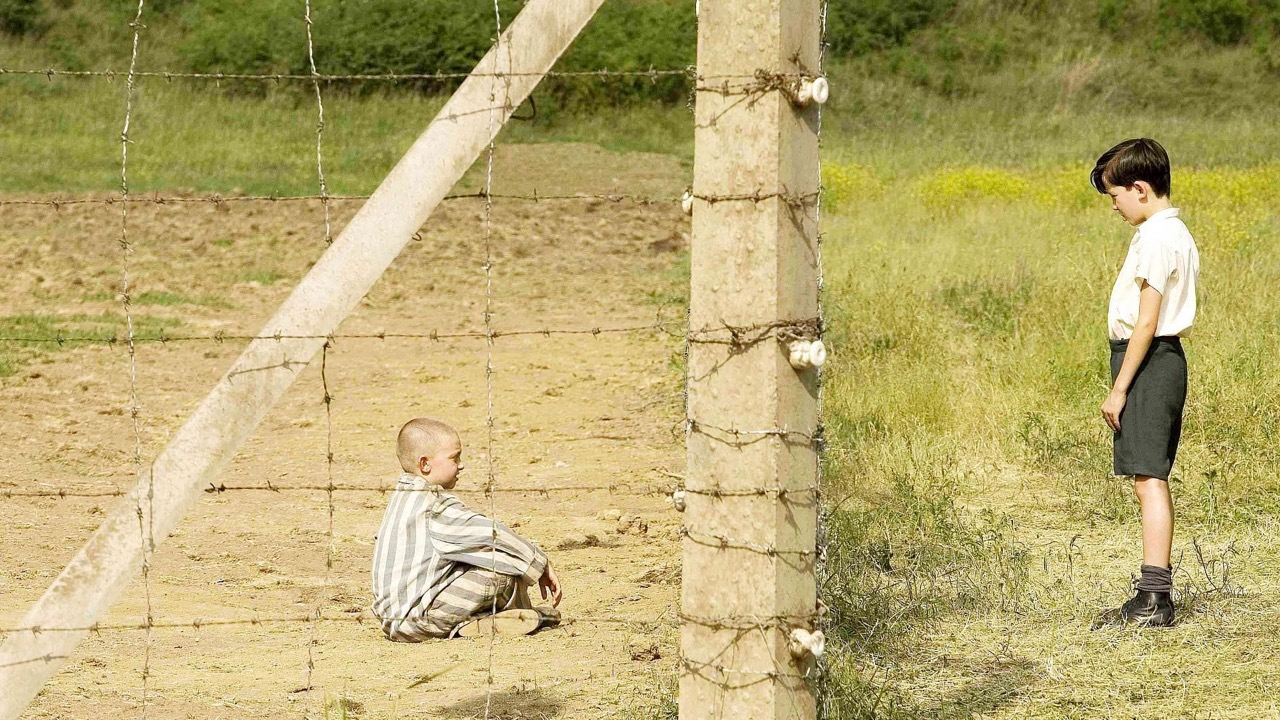 Germany in World War II: 8-year-old Bruno enjoys a carefree childhood - far away from the horrors and destruction of war. His father, a staunch National Socialist member of the Wehrmacht, moves to the country with his family after his promotion - to the displeasure of Bruno, who cannot get anything from this new environment without friends and adventure. Until he meets Shmuel, who is always sitting behind a high fence, wearing striped pajamas and spending time with his friends playing numbers games - why else would they all wear a number? The film adaptation of the world bestseller of the same name by John Boyne about a childhood friendship that couldn't be more honest and self-sacrificing. 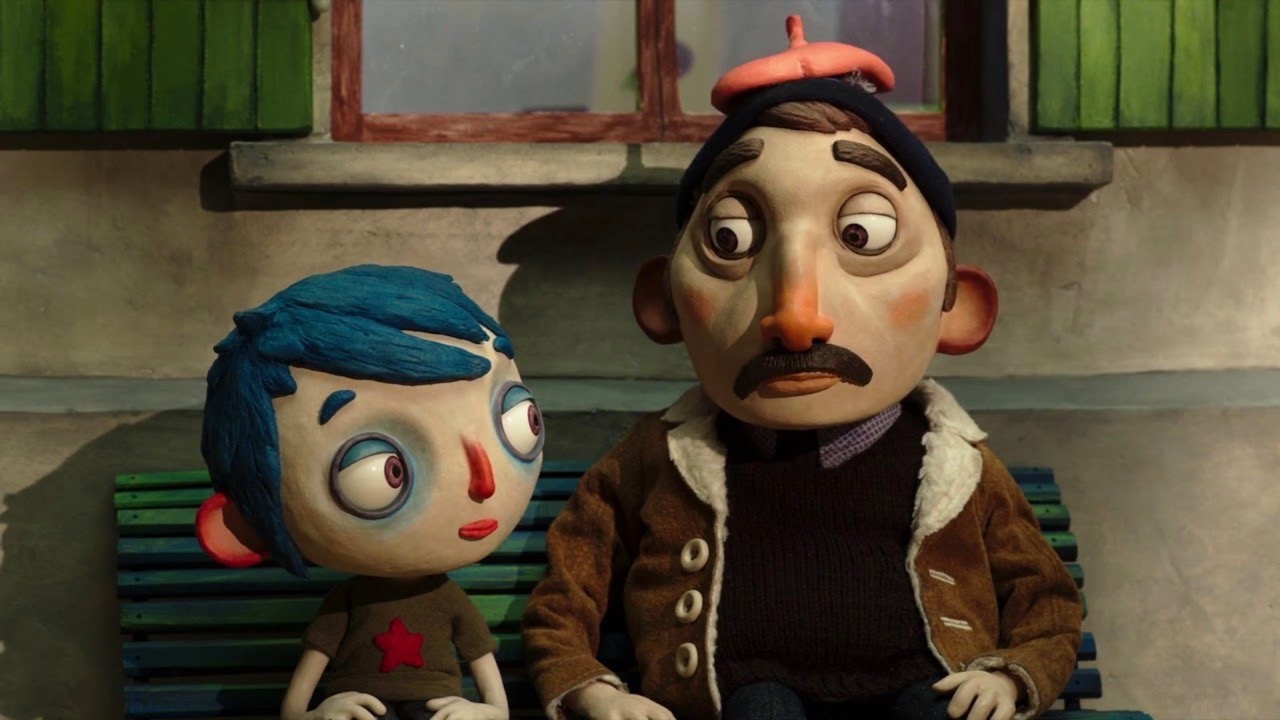 His real name is Icare, but everyone calls him Courgette - in German zucchini. After a tragic accident with his mother, Courgette ends up in the orphanage, where he can expect a tough settling in. Courgette has to earn his place next to Simon, a little loudmouth, Ahmed, Jujube, Alice and Béatrice. Everything changes when one day Camille arrives, an intrepid girl who doesn't let anyone tell her anything. At the age of ten there is a lot to discover: joy, sadness, anger, new friendships and first love. 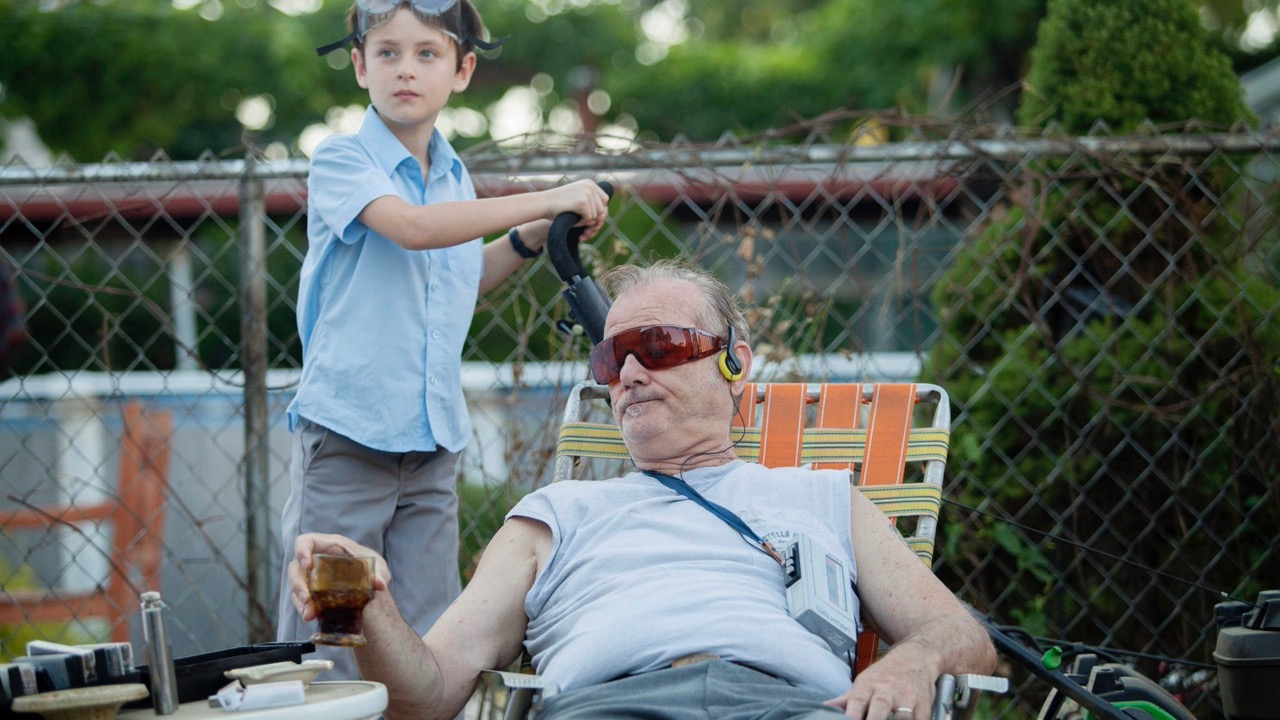 Nobody would have thought of seeing Vincent Canatella as a saint today. The older man is more reminiscent of a cynical stinky boot: he hurts, he curses, he plays - and likes himself as a die-hard misanthrope. When the recently divorced Maggie and her twelve-year-old son Oliver move into the neighboring house, Vincent's life suddenly gains a new incentive. Since he lost again in the horse betting, he offers his services to the single mother - as a "nanny". And Vincent's educational skills are of course exemplary: he teaches the boy in everything that got him through his life. This also includes initiating Oliver into the arts of self-defense, with which he learns to defend himself against the attacks of his classmates ... Two men's souls blossom. 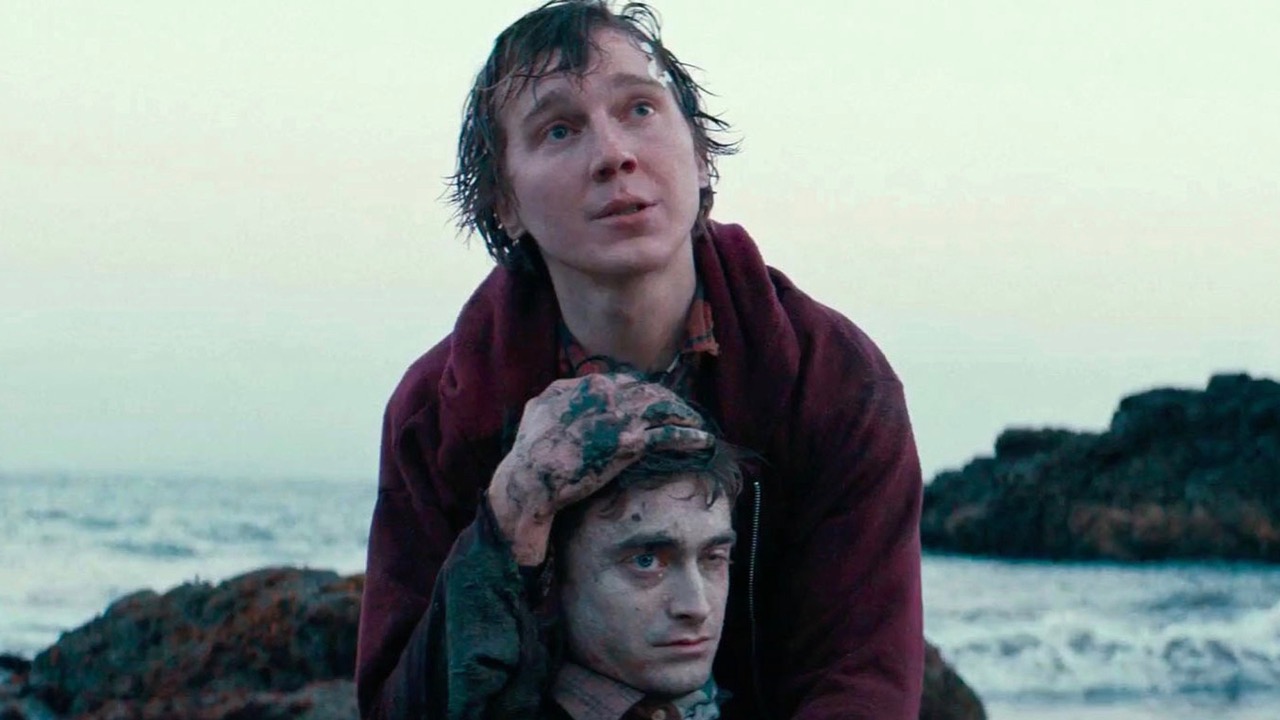 Hank is stranded on an abandoned island. Just as he is about to take his own life, a corpse is washed up on the stand! Hank is delighted to discover the multifunctional properties of the rotting body: the dead can be used to light a fire, jet-ski-like to the next island, or they can show the way with their erection. With Paul Dano and Daniel Radcliffe we ​​ride a wave of fantasy and experience a wide range of emotions - a friendship between the living and the dead! 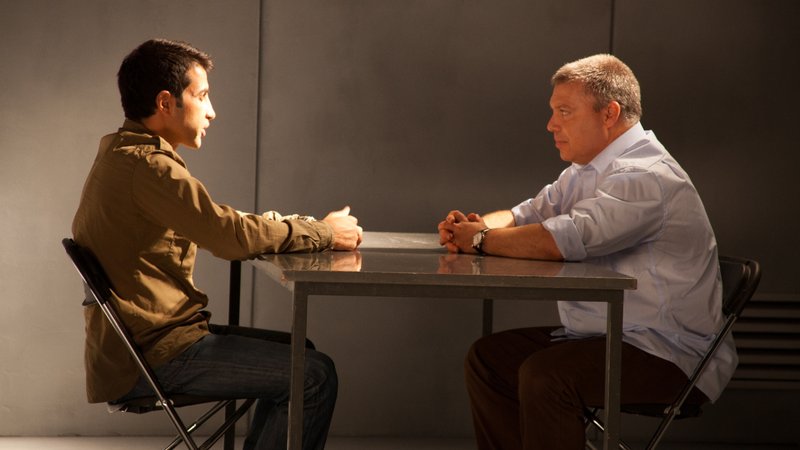 The young Mosab once believed in the words and deeds of his father Sheikh Hassan Yousef, one of the founders of the radical Islamist organization Hamas. Today Mosab is seen as an evil traitor in the eyes of his family and many Palestinians. Already as a teenager in Israeli captivity because of illicit gun possession, Mosab made a decision that radically changed his life: He began to work as an informant for the supposed enemy, the Israeli secret service Shin Bet, and from then on led a torn double life as a spy. Ironically, his Israeli contact agent Gonen Ben Yitzhak seems to be his only ally. 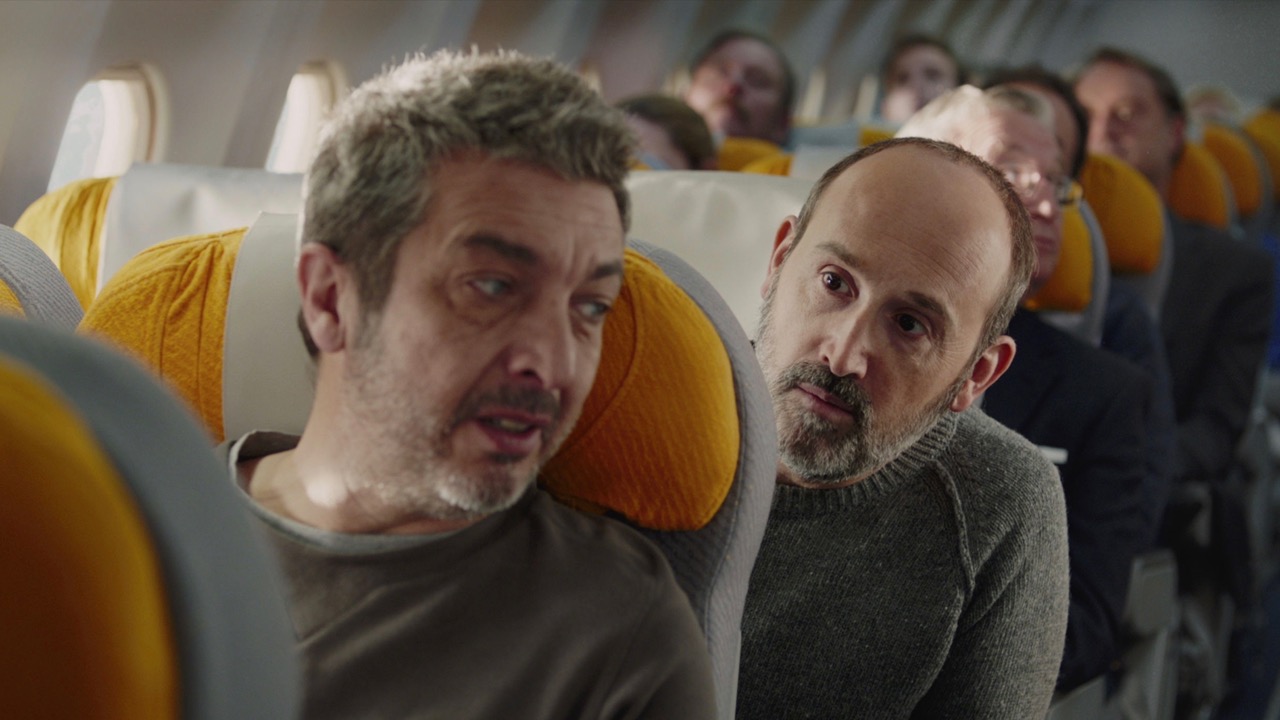 They have had a close friendship since childhood, but the Atlantic separates them from one another: Julian has built a life as an actor in Madrid, while the mathematician Tomás teaches at a university in Canada. So it is no coincidence that after years Tomás suddenly stands in front of Julián's front door. He has learned that his friend is not doing well. Now they will spend a few unforgettable days together. Time to indulge in memories, to laugh together, but also to cry - because their reunion is also their farewell. Together they get on the plane and set off on one very last trip. TRUMAN is a song of praise for friendship and love. Honest - yet humorous and light - the Catalan director Cesc Gay talks about the courage it takes to accept that death is simply a part of life. 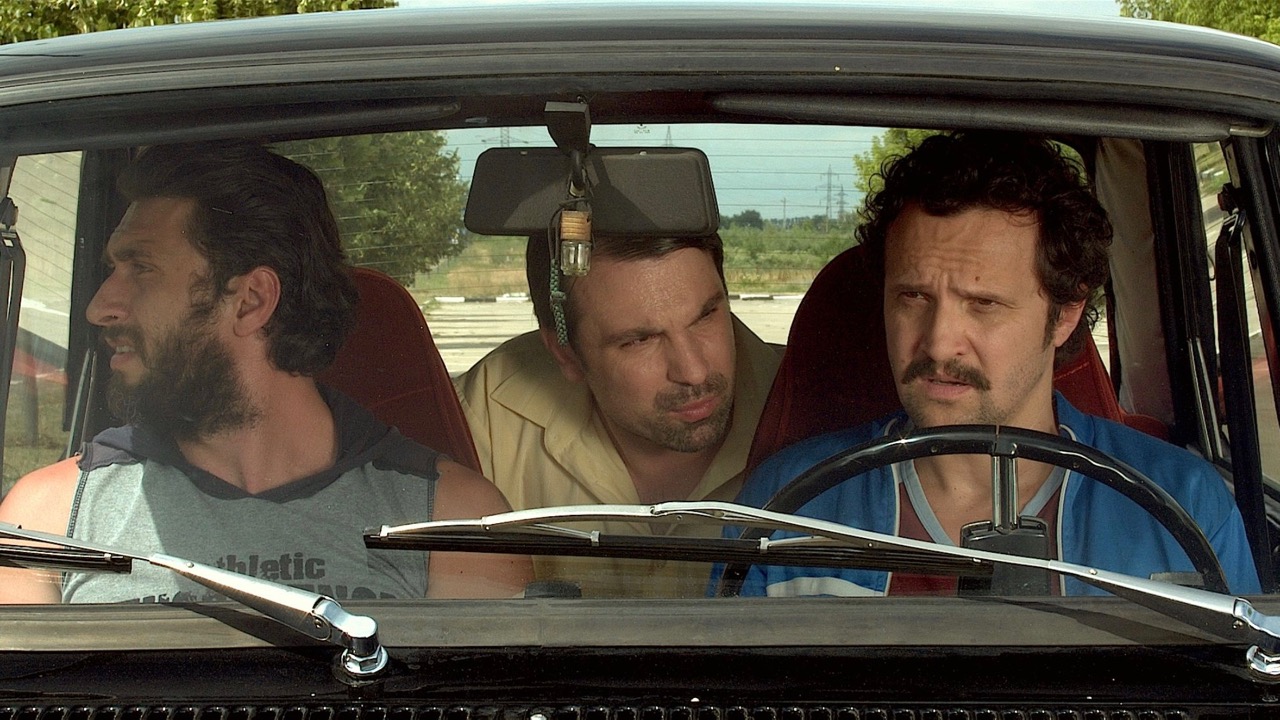 Dinel lives somewhere in the Romanian nowhere, a man with a mustache, curly hair and little luck in life: the customers of his garage are not satisfied and the wages are barely enough for a beer after work, which is why his wife recently left him. The tide turns when one day Dinel unexpectedly wins 6 million euros at the lottery! There is only one problem: Dina's lottery ticket is in his bum bag - and it has just been taken from him by two would-be gangsters. Together with his friends Sile and Pompiliu, Dinel goes on a hunt for the scrap of paper - a crazy journey that leads to encounters with suspicious stoners, enterprising clairvoyants and aspiring singing talents. 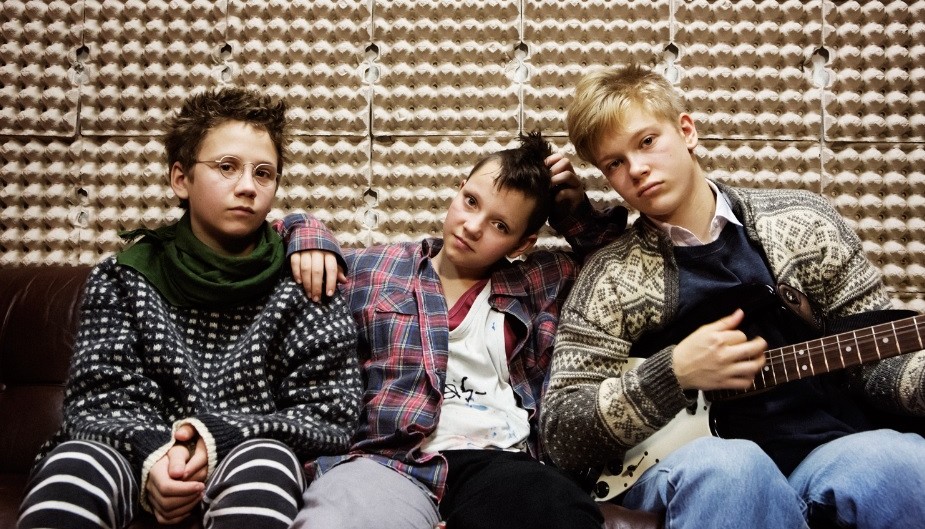 Stockholm, 1982. Bobo and her best friend Klara just suck up their classmates' dance show. The two outsiders on the threshold of their teenage years don't give a damn that they have nothing in common with their peers. They love punk rock and want to start a band - even if everyone says that punk is long gone. The dream comes true when they meet the talented Hedwig, who is trained on the classical guitar, and transform her into a punker in no time at all. The three are now inseparable, cut their hair short and roam the streets of Stockholm together. Of course, not only do they encounter incomprehension among their classmates - their parents no longer recognize their daughters either. The friendship of the revolutionaries is only at stake when Bobo and Klara begin to be interested in the same boy.