Which characteristics of animals fascinate us

Fascinated by the humanization of animals and things

The tradition of humanizing animals or things by imparting human characteristics plays an important role in the development of the aesthetics of manga and anime in Japan. Today this phenomenon, for which there is the technical term anthropomorphism, is an integral part of Japanese culture. Cute characters that are drawn in a humanizing way are one of the essential elements of pop culture and also play an important role in the public relations work of companies or government agencies.

Chôjû-giga ("Scroll with antics driving animals") from the collection of the Kōzanji temple.
The photo was provided by the Kyoto National Museum.

Humanization - one of the basic elements of manga and anime culture

The tradition of humanization goes back to the 12th century, as Toba Sôjô in his work Chôjû-giga ("Picture scroll with animals playing antics") drew rabbits and frogs in a way as if they were human beings. This scroll is one of the country's national treasures, while the tradition of “drawing” human characteristics on animals and inanimate objects has been preserved to this day.

The popular figure Astro Boy by the illustrator Osamu Tezuka is the best-known example of a whole series of manga from the post-war period in which machines and robots are given individualistic human characteristics. Well-known examples like Anpanman by Takashi Yanase show how lovable beings can be created from all possible materials. Anpanman is a red-cheeked superhero with a big round head who is a popular candy called in Japan anpan is modeled after - a small round cake that is filled with sweet bean puree. This manga series humanizes in an ingenious way the preference of the people in Japan for this popular food as the embodiment of warmth, friendliness and reliability. Anpanman is still one of the favorite characters of millions of children in Japan. 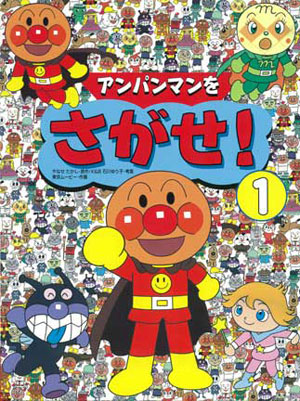 Railway lines with their own personality

Today the tendency to humanize animals and things is ubiquitous in Japan. Manga characters today represent everything from cities and communities to regional landmarks, railroad lines, or even computer systems. These characters support people in filling the image of a place or an object with life by means of concrete physical properties and a suitable personality.

A popular genre with a penchant for humanization is the unique railway culture in Japan. The line network in Tōkyō is one of the largest in the world; it is made up of dozens of lines and hundreds of train stations - each with their own personality. In the popular manga series Aoharu Tetsudo This extensive railway network is breathed into life by the different railway lines being embodied by young manga characters, whose clothes and personalities reflect their reputation among passengers. This series transforms squeaky trains and straight lines on a route map into living figures with individual strengths and weaknesses. The humorous comic expresses the feelings and affection of the passengers of the world's most efficient transport system, as the railway lines and trains form an important part of the everyday life of the Tōkyō residents.

Keisuke Fujikawa, visiting professor at Kyoto Saga University of Arts and an expert on the history of manga and anime in Japan, believes that the development of manga and anime is returning to its roots. "It started with simple humanizations and then turned to human drama that focused on the story being told," said Fujikawa. “Today the trend is again pointing in the other direction, namely towards humanization and an emphasis on the characters who appear. This could be the beginning of a whole new generation of manga and anime. I'm really excited! "

Japan's tradition of humanizing things ingeniously transforms inanimate objects into characters that readers will remember. In doing so, they support communication between organizations and the public and play a small but important role in making Japanese society as safe, colorful and creative as it is today. 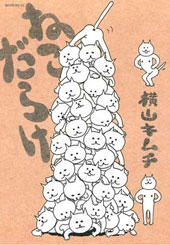 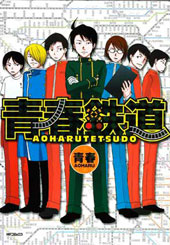 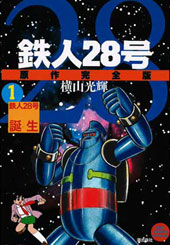