Who are the most exciting contemporary artists

Art is dead - that was the name of the album by author Catherine Backhouse. But is art really dead, or has it recently been unveiled by other media. Although the perception of art has faded into the background since the advent of the internet, that doesn't mean the days of art are numbered. Therefore, in the following I mention a few German contemporary artists who have successfully established themselves in recent years and still enjoy a high reputation on the German and international art market. 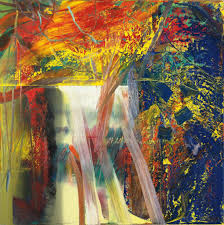 When talking about contemporary German artists, Gerhard Richter should be mentioned first. The 85-year-old has determined the German art scene for decades and has also successfully established himself internationally. His artistic output peaked in the 1960s and 1970s, but his works, known for major changes in style, are sold for millions on the art market. One would say that his works are well received by the art business, because not many of them now reach the millions. It is also not surprising that Richter's works can be found in the best art galleries in the world.

The painter and sculptor Anselm Karl Albert Kiefer, born in 1945, is undisputedly one of the most successful German artists who worked after the Second World War. Kiefer has generated a strong response on the international art market, so it is actually no wonder that his works have been presented in major art exhibitions such as the Biennale, documenta 6, 7 and 8. His work can also be found in numerous European, Japanese and American museums. Interestingly, Anselm Kiefer is also very popular in France. 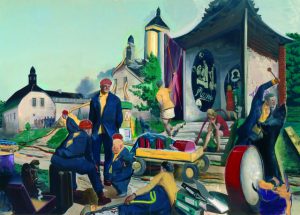 Neo Rauch is one of the most successful contemporary German artists. He was born in Leipzig in 1960 and is the most important representative of the New Leipzig School, a movement in modern painting that artists refuse to belong to. The special thing about the artist is that you should first read his diploma thesis as a kind of preview or foreword to his artistic work as a painter. The Rauch pictures are guaranteed to inspire the viewer. In his relatively short career, the artist has developed into an undisputed figure on the German and international art scene.

Even today there are some artists in Germany who have successfully established themselves in the international art scene over the years. Three most important artists have been mentioned above, but there are still other artists who will determine new trends.