How the intestinal flora recovers after taking antibiotics

Unfortunately, antibiotic therapy also destroys a large part of the beneficial bacteria in the intestine. An international team of researchers has now investigated whether and how the intestinal flora subsequently recovers. 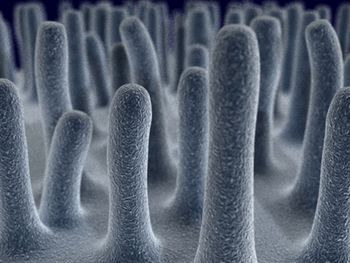 Billions of beneficial bacteria cavort in the human intestine. Roughly speaking, there are as many bacteria in the intestines of a single person as there are people on earth. The germs almost always serve the welfare of their host. They help digest food, produce vitamins and train the immune system. In addition, they protect against disease-causing conspecifics simply by their presence. But the microcosm in the intestine, the microbiome, is a structure that is prone to failure. "If it becomes unbalanced, there is a risk of infections, obesity and diabetes, as well as inflammatory and neurological diseases," warns Dr. Sofia Forslund, who researches the complex interactions between humans and the microbiome at the Max Delbrück Center for Molecular Medicine (MDC) in Berlin.

Together with colleagues from Denmark, Germany and China, Forslund has investigated how a therapy with broad spectrum antibiotics affects the interaction of the intestinal bacteria (see Nature Microbiology, online publication on October 22, 2018). “We were able to show that the microbiome had almost completely recovered six months after the drug was administered,” reports the Swedish researcher. But only almost: "Some sensitive types of bacteria have permanently disappeared," reports Forslund.

For the study, the team led by the MDC researcher and two scientists from the University of Copenhagen administered a cocktail of three antibiotics over four days to twelve healthy young men who had agreed to participate in the study: meropenem, gentamicin and vancomycin. These active ingredients are usually used when more common antibiotics are no longer effective because the bacteria have already become insensitive (resistant) to them.

The researchers then examined the microbiome of their test subjects for six months. Using DNA sequencing, they determined on the one hand which types of bacteria were in the men's intestines and on the other hand which genes were present in the bacteria. The team paid particular attention to the resistance genes that the germs use to defend themselves against drugs. “Our study is probably the first to examine the influence of antibiotics on the genes of bacteria,” says Forslund.

First of all, it has been shown that, despite the administration of three highly effective antibiotics, the intestine has not become completely sterile, reports the researcher. Among the remaining bacteria, the team even discovered some previously unknown and not yet characterized species. Other germs shrank and turned into spores - a form of life in which bacteria can remain for many years under poor conditions without losing their original properties.

The subsequent repopulation of the intestine took place in stages. “It's similar to when a forest slowly recovers after a fire,” reports Forslund. At first, however, an increasing number of bacteria appeared that have disease-causing properties, Enterococcus faecalis and Fusobacterium nucleatum for example. At the same time, the team was able to identify a particularly large number of virulence factors in the microorganisms - that is, structures and metabolic products that tend to harm people. "This observation explains well why most antibiotics cause gastrointestinal disorders," says Forslund.

Over time, the intestinal flora returned to normal. The bad germs were more and more replaced by good bacteria such as the lactic acid-producing bifidobacteria that keep pathogens away. After six months, the test subjects' microbiome was almost back to normal. Not only were a few of the previously existing species missing, however. "As expected, the number of resistance genes had also increased in the bacteria," reports Forslund. However, surprisingly, the types of bacteria that reappeared the fastest after antibiotic administration did not show most of the resistance genes. "These genes seem to play a role in colonizing the intestine again in the long term," explains the researcher.

Due to the apparently permanent loss of individual species and the increased number of resistance genes, the study once again shows how important it is to administer antibiotics carefully, emphasizes Forslund. In addition, one needs to continue researching how it could be more successful in the future to protect the sensitive microbiome from damage caused by antibiotics.

The scientist would like to contribute to this. At the MDC, for example, an observational study is currently underway under her leadership, with which Forslund wants to find out how long-term administration of antibiotics affects the biodiversity in the intestine - and whether greater depletion of species increases the risk of obesity and metabolic diseases. In addition, she wants to research how often intestinal bacteria exchange their resistance genes with one another when antibiotics are administered. A study that examines the influence of these drugs on the lung microbiome is also already being planned.