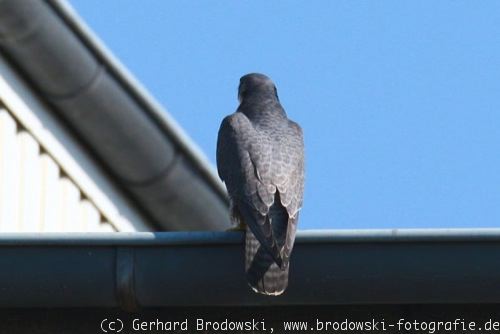 It is always said that peregrine falcons are hide hunters. That means, depending on the location of their breeding site, they hunt from a high viewing point (raised hide). Like e.g. the industrial chimneys (100m high) also called eater, in cities of tall buildings (e.g. churches), in the mountains of high rocks and in forests of tall trees. More on the subject under peregrine falcon swooping. 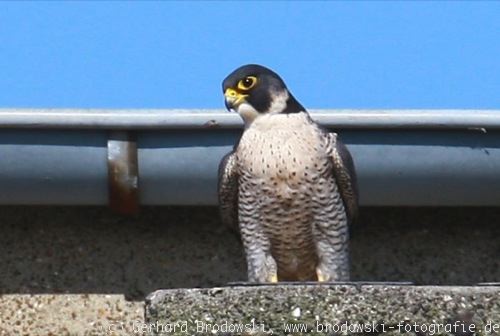 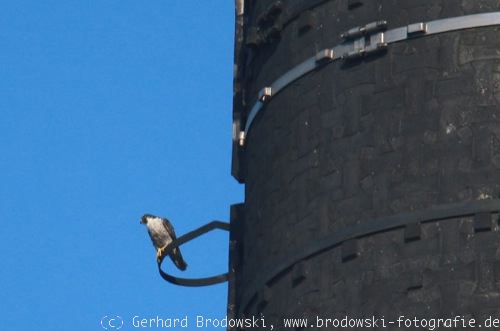 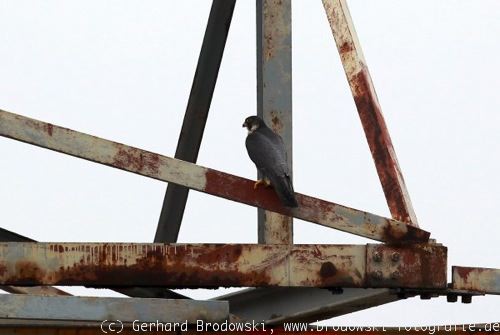 Peregrine falcon is on the lookout for food in Hamburg 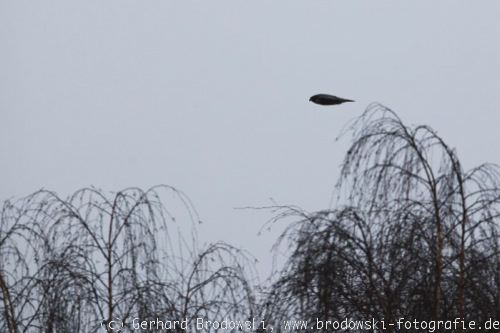 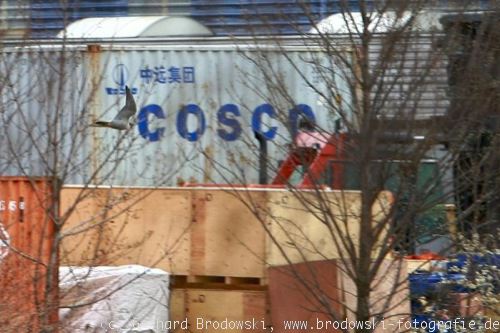 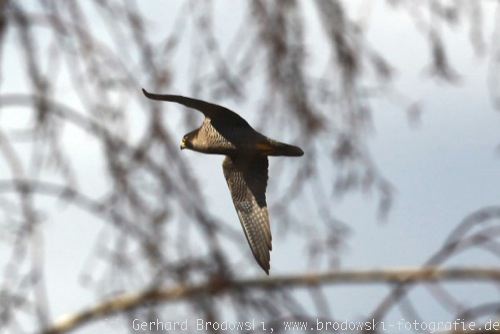 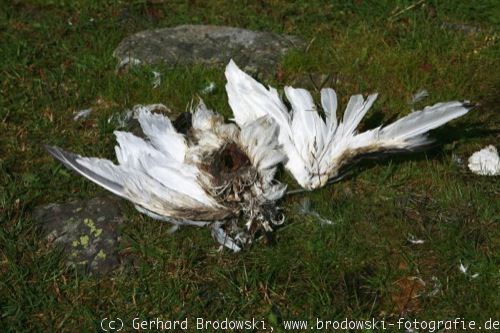 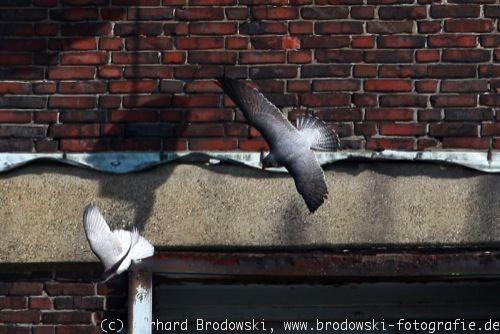 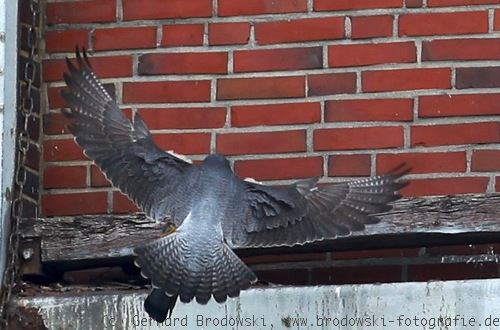 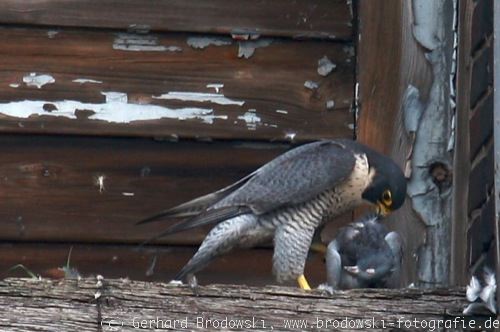 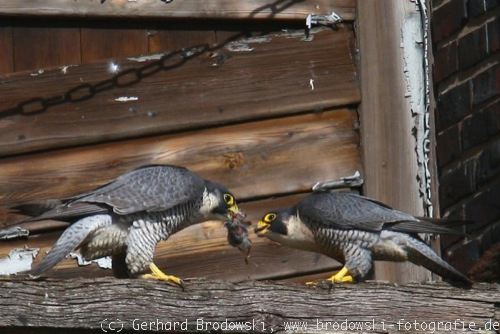 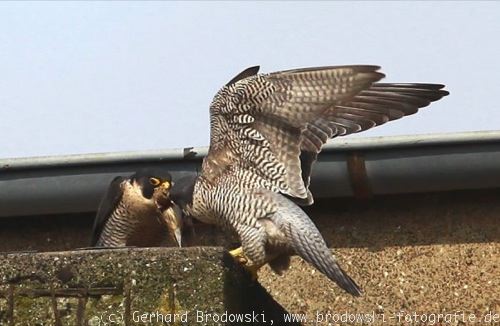 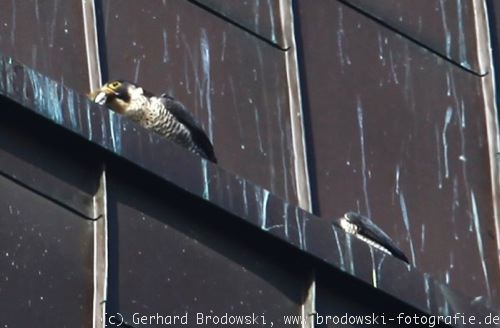 After all of the eggs have been laid, the female goes back to the hunt. The female mainly beats city pigeons but also thrushes, crows and seagulls. From all the small birds that were struck by the male falcon, no residues remain and thus all of the small birds fall through the grid of the food analysis. There are only small feathers and only very small fragments of bone in the peregrine falcon's bulges. Every now and then one finds the rings of ringed birds in the vault. The peregrine falcon vaults are not found as often as the vaults of the eagle owl. More on the subject of vaults, under vaults and spider balls. 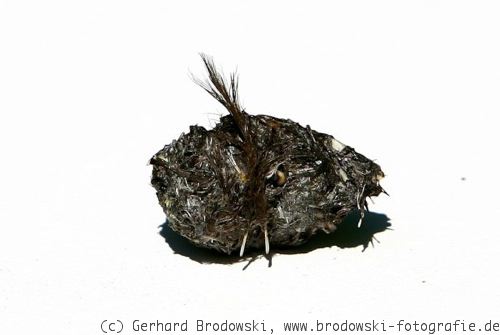 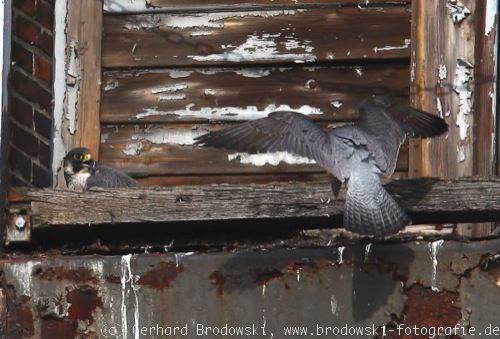 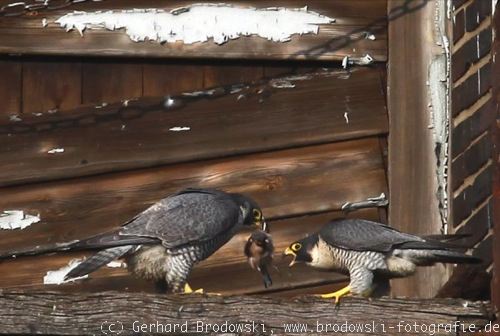 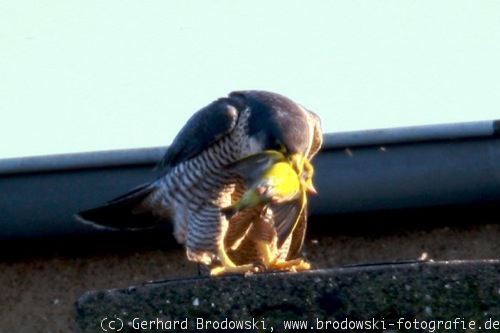 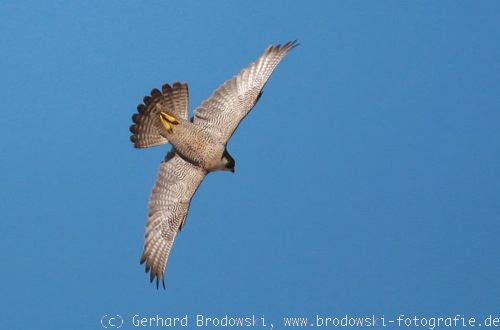 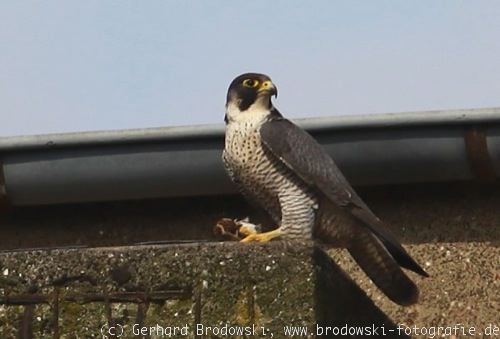 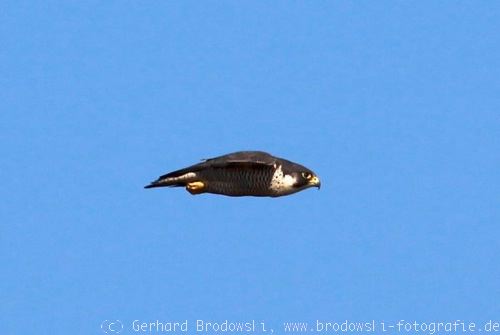 Pictures of peregrine falcons in Hamburg 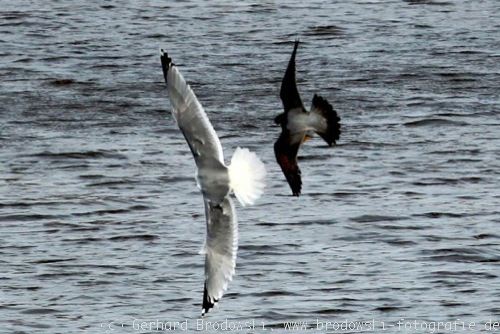 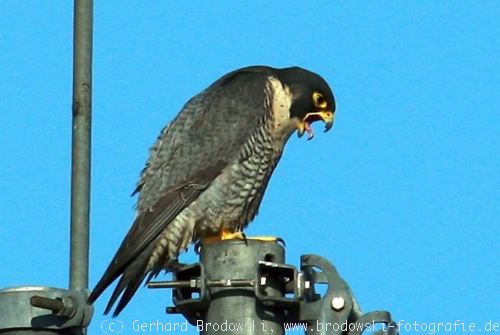 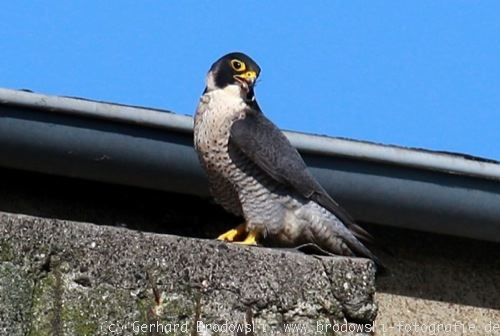 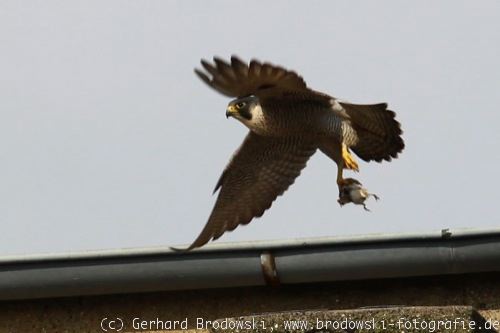 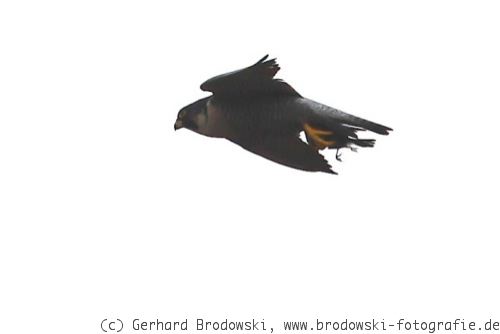 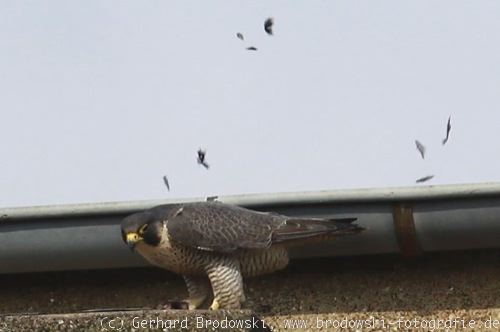 Pictures of peregrine falcons with food in Hamburg

If you want to find out something about the knowledge of birds, then visit my pages: What do birds and intelligent crows know. My site is very useful for projects in kindergarten, district school, high school, university and school for lectures and essays in biology, in zoology, in specialist classes, for worksheets, for species profiles and for presentations or for an essay in biology lessons popular. Here you will find everything for your profile template (elementary school, secondary school, high school) about birds.
There are extra bird pages for the children in preschool and for the children in primary school, e.g. with pictures of chicks or bird portraits. At the bottom of the page you will always find a list of other bird watching.

Have fun on my pages, such as watching owls or falcons in Germany.

We have had our most beautiful bird observations in Europe in Iceland, in Scandinavia (Norway, Sweden, Finland, Denmark), in Holland, in England, in Poland, in Austria, in Switzerland, in Belgium, in Luxembourg, in Ireland, in Italy, France, Portugal, Spain, Greece, Germany, Berlin, Hamburg on the Elbe, Bremen, NRW, Baden-Württemberg, Saarland, Rhineland-Palatinate, Bavaria, Hesse, Made in Schleswig-Holstein, Mecklenburg-Western Pomerania (Lewitz), Thuringia, Brandenburg, Saxony-Anhalt and Lower Saxony.

Here you get back to the start page.