The LSAT (Law School Admission Test) is a standardized admission test for prospective lawyerswhich is widely used in the United States and Canada. He is from Law School Admission Council (LSAC) organized by most of the US and Canadian Law schools are connected. The results of the LSAT should provide information about the suitability for a law degree. 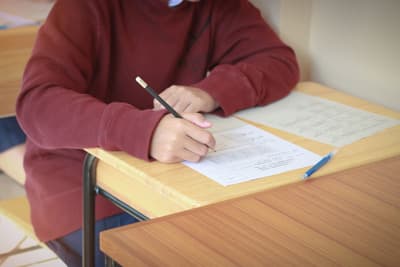 To earn a doctorate in law and practice law, students in Canada and the United States must take the LSAT.

The LSAT must be taken by all applicants who are enrolled at a US or Canadian member university of the LSAC Juris Doctor-Education want to record. This applies equally to domestic and international applicants.

For the Admission to one Master of Laws Universities generally require (LLM) programs in the USA or Canada no LSAT. If the test has already been taken and passed with a good result, there is of course nothing to prevent you from including it with your application for the LLM.

The LSAT lasts in total 3 hours and 30 minutes and consists mostly of multiple choice questions. There are a total of six exam units, each with a duration of 35 minutes.

The Reading comprehension is checked using multiple choice questions on long and complex texts. The level of difficulty of these texts is based on the type of texts that the examinees will later use Law School have to read and understand.

The examination unit for analytical thinking uses multiple choice questions to test the extent to which the participants recognize structures of dependency in the relationships between people, things or events and which logical conclusions they draw from them

The logical thinking is examined in two examination units with multiple-choice questions. This is about the ability to analyze and assess arguments, which often have a legal reference.

In addition to these areas, there is another multiple-choice examination unit, which is not included in the evaluation. This so-called Variable section can appear at any point in the course of the examination and is not recognizable as such for the examinee. It is used by the LSAC to test newly developed exam questions and forms.

At the very end of the exam, there is the sixth and final exam unit, the so-called Writing sample. This is basically a question of decision, on which the test candidates must take a position and justify their position in writing.

Interested parties can take the LSAT a maximum of three times within two years. In principle, it is therefore possible to repeat the LSATto improve the number of points achieved. It should be noted, however, that the Law schools always receive all test results. If applicants take the LSAT several times, many will form Law schools an average score from all test results obtained. It is therefore advisable to prepare carefully for the LSAT and, if possible, only take the test once.

The organizer LSAC offers various learning aids to prepare for the LSAT. A few sample questions and a practice test are available on the official LSAT website. There are also paid offers, such as the Official LSAT Handbook or more extensive test collections to practice.

The LSAT (Law School Admission Test) becomes worldwide four times a year offered in the months of February, June, October and December. However, not every test center offers all exam dates. In Germany there are currently two test centers in Munich. In Austria there is a center in Vienna. In Switzerland there is currently no possibility to take the LSAT.

A list of all test centers, including the available exam dates, is available on the official LSAT website. The Registration for the LSAT takes place online; Alternatively, however, registration by post or telephone is also possible. The registration period usually ends four weeks before the respective exam date.

When choosing the exam date, you should definitely take the Application deadline for Law Schoolyou want to apply to. It can take about a month to get the results.

The Registration fees for the LSAT (Law School Admission Test) amount US $ 165. Some Law schools also require applicants to submit their test results by Credential Assembly Service (CAS). This is an application service of the LSAC: Applicants do not submit the LSAT result and their other certificates and documents to the individual Law schools, but only for the CAS. This then forwards the documents to the universities. This service costs an additional US $ 160, which results in a total price of US $ 325 when used. The fees can be paid by credit card, check or money order.