How safe is Rajkot Gujarat for travelers

Gujarat for explorers - exciting and diverse! An elementary experience in a part of India that has retained much of its originality and offers the visitor numerous cultural and scenic highlights away from the usual tourist routes. 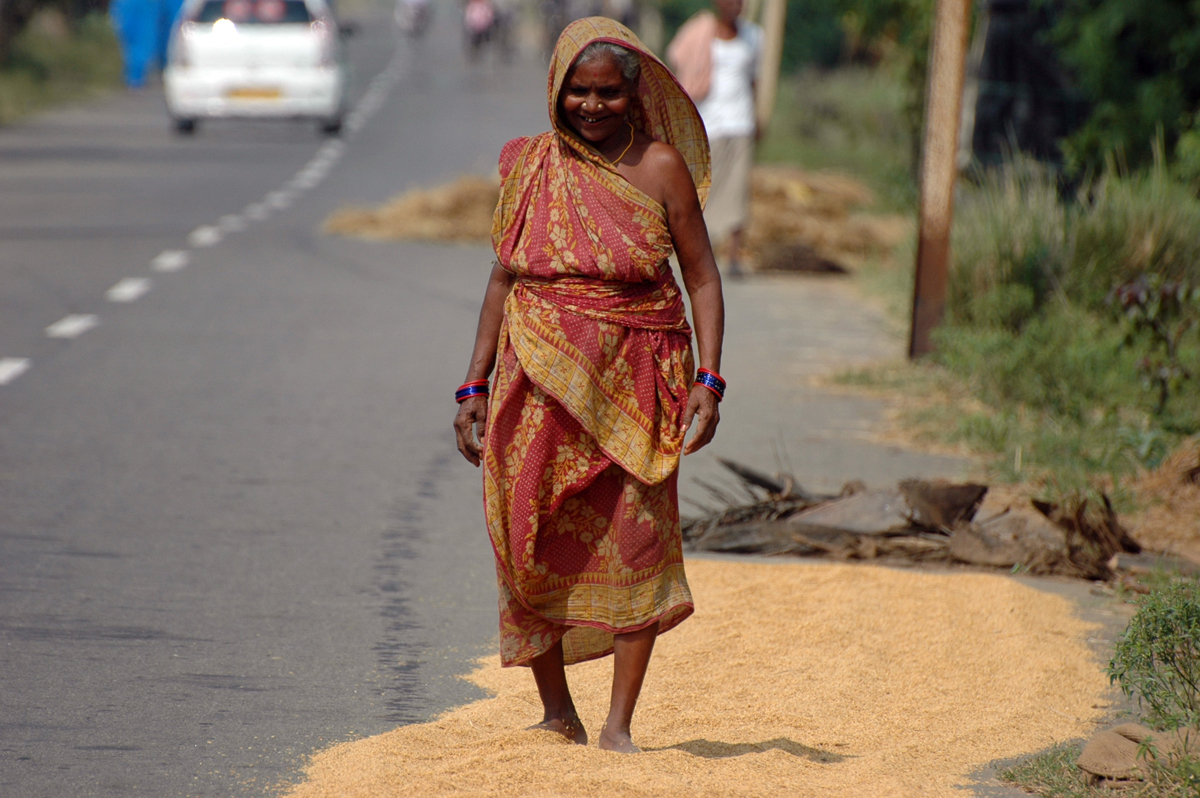 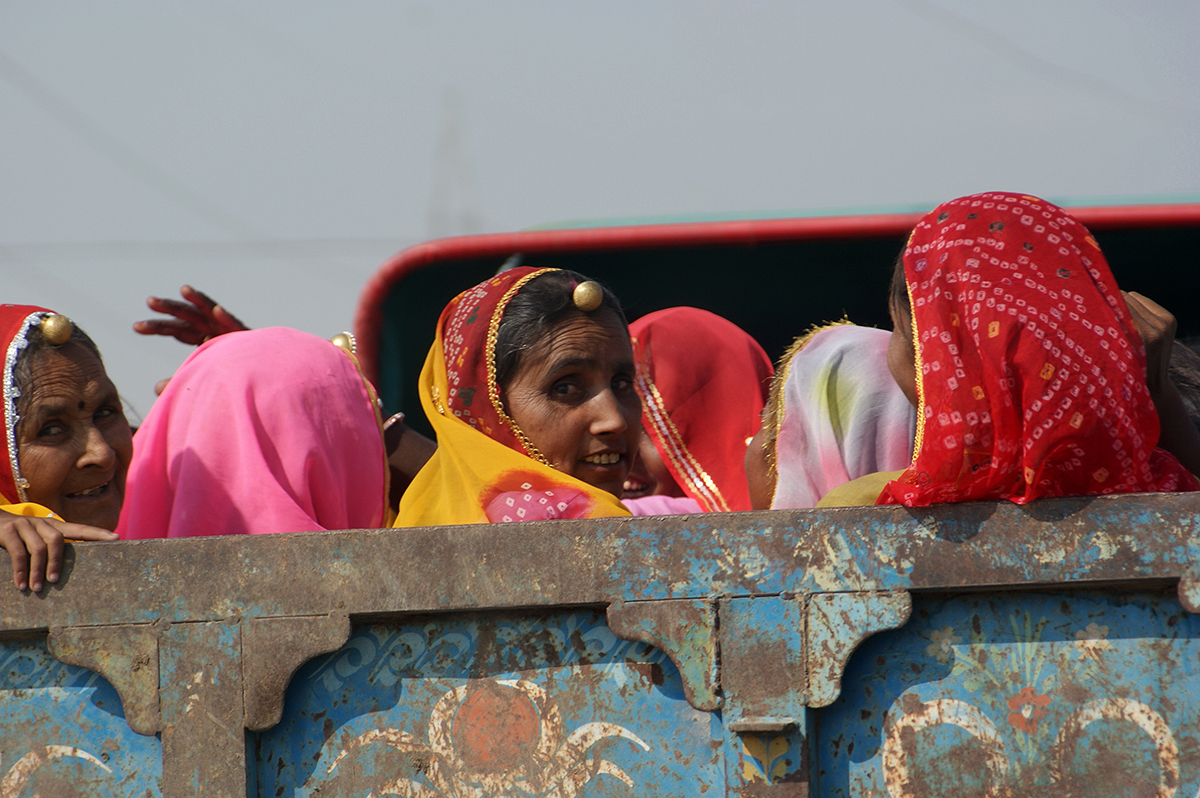 Day 1: Towards the holiday

Your flight takes you via Doha to Ahmedabad, the economic center of the state of Gujarat.

After your arrival in the night from the 1st to the 2nd day, your tour guide will greet you and accompany you to the hotel. Then we first see the Gandhi Ashram. The legendary Salt March, which initiated the struggle for freedom, began here in 1930. The former capital of Gujarat also impresses with a fascinating potpourri of tradition and modernity, Islam and Hinduism. On the eastern side of the Sabarmati River is the old town with numerous mosques, narrow streets, colorful bazaars and historic merchants' houses. We will visit the Friday and Sidi Sayid mosques, among others. (F, A)

Day 3: From Ahmedabad via Palitana to Bhavnagar

On the way to Bhavnagar we first stop in Lothal. Here we can admire the approximately 5,000 year old excavations from the time of the Indus civilization. Our next stop is Mount Shatrunjaya not far from the city of Palitana. 4,000 steps lead up to the incomparable and largest complex of the Jainas with its 836 temples and almost 10,000 figures. The subsequent journey leads to Bhavnagar, a lively trading town with an oriental flair. We enjoy the fairytale ambience of the Neelam Bagh Palace Hotel, which was designed by a German architect. This is where we will spend the night today. Upon arrival, we have the opportunity to explore Bhavnagar and mingle with the hustle and bustle of the bazaar. 265 km (B, D)

Day 4: From Bhavnagar to Diu

Today's destination is Diu, which, like Goa, looks back on a Portuguese colonial history. 225 km (B, D)

On a sightseeing tour through Diu we discover the numerous colonial influences that have manifested themselves in the city on the Arabian Sea during the 150 years of European occupation history. The rest of the day we can relax on the beach. (F, A)

Day 6: From Diu to Sasangir

On the way from Diu to Sasangir, another example of Indian temple architecture awaits us with the Somnath Temple. Our destination for the day is the Sasangir Lion Sanctuary, the only place outside of Africa where lions can be seen in the wild. In addition to around 300 lions, the park is home to the largest population of leopards in all of India. We spend the night in an atmospheric tent camp close to nature. 110 km (B, L, D)

Day 7: From Sasangir to Gondal

The safari in the early hours of the morning is sure to be one of the unforgettable experiences of our trip. The semi-open steppe landscape of Sasangir is an ideal hunting ground for the Asiatic lion, which finds plenty of prey here. With a little luck we will meet the king of the beasts today. On the way to Gondal we make a stop in the worth seeing city of Junagadh. The numerous stucco-adorned buildings show the Italian influence and the faded splendor of bygone times. The fort and the Buddhist caves are also worth seeing. Today's overnight stay in Gondal takes place in a colonial ambience in a former Maharaja's palace. 140 km (B, D)

Day 8: From Gondal to Rajkot

The city of Gondal is a legacy of the visionary ruler Sir Bhagwatsinhiji, who created a model city here in the late 19th century. Numerous palaces, public buildings, parks and bazaars were planned and laid out by him. The impressive Naulakha Palace with its private museum is a good example. The city's Ayurvedic library is also an interesting place to go. Do you fancy something typical of the country? On the drive to Rajkot we can try the most popular of all snacks, the »Tscha ne Pfafda«. 40 km (F, D)

Day 9: From Rajkot via Wankaner to Bhuj

A five-hour drive takes us today to Wankaner, the "city at the bend of the river". The Wankaner Palace is a prime example of architectural playfulness. The bell tower came by ship from England, red marble was imported from Italy and black marble from Belgium, the crystal chandeliers come from France, the teak wooden chests from Burma and the carpets from Persia. We continue to the former capital of the Principality of Kutch, to Bhuj. Here we feel transported into the deep Middle Ages. The colorful bazaar is unique. Here we can lose ourselves for hours in the winding streets. You will spend the night in a simple but atmospheric lodge. 260 km (B, D)

We can admire the traditional craftsmanship of the »Tribals« in the Northern Banni Area, which looks like an open-air museum with all everyday life. Since there are still few tourists here, we will certainly be greeted with a little shy, but great hospitality. (F, A)

Another day that we use to explore the tribal areas. Today the Southern Banni Villages are on the program. Enjoy the encounter with the original India and its people. (F, A)

Day 12: From Bhuj to Dasada

Today's destination is Dasada, Rann of Kutch, where a unique bird life has settled due to the remoteness of this region. Many old traditions, customs and usages have also been preserved here. We spend the night in a simple hotel. 275 km (B, L, D)

Day 13: From Dasada to Palanpur

On an early morning safari we explore the bird life of the Rann of Kutch. In addition to flamingos, cranes and various wild duck species, the area is known for its large population of wild asses. But wolves, jackals and foxes are also at home here. We then continue to Modhera, where we can admire the Temple of the Sun, one of the finest examples of Indian temple architecture from the 11th century. In the late afternoon, the pretty old town of Patan with its Jain temples, carved wooden houses and the Rani Ki Vav stepwell offers a welcome break on today's route to Palanpur. There we spend the night in a historical palace from the Nawab period. The scenic palace takes us back to the reign of the Jalori princely family, which lasted over 14 generations. 140 km (B, D)

Day 14: From Palanpur to Mount Abu

We leave Palanpur and follow a winding road up to Mount Abu, a popular resort and important pilgrimage destination for the Indian population. Once there, we begin with a visit to the Dilwara Jain Temple, which is artfully designed from marble. The sculptural decoration on columns, ceilings and walls is one of the most important creations of Indian sculpture. 85 km (F, D)

Day 15: From Mount Abu to Ahmedabad

Today we leave Mount Abu and drive back to Ahmedabad. Along the way, we can admire Adalaj's five-story stepwell, an architectural masterpiece in the Indo-Islamic style. 220 km (F, D)

Namasté and goodbye! In the night from the 15th to the 16th day you will fly home via Doha. The right to change the flight schedule, hotel and program is expressly reserved. (B = breakfast, L = lunch, D = dinner)

Included in the tour price