Why don't we use solar cells more?

No electricity can be generated more cheaply than solar electricity, no power source is more versatile and at the same time more widely accepted than photovoltaics. And yet the federal government of solar technology - and with it the energy transition - is always putting new obstacles in the way and not clearing away old ones. A guest contribution by Carsten Körnig. 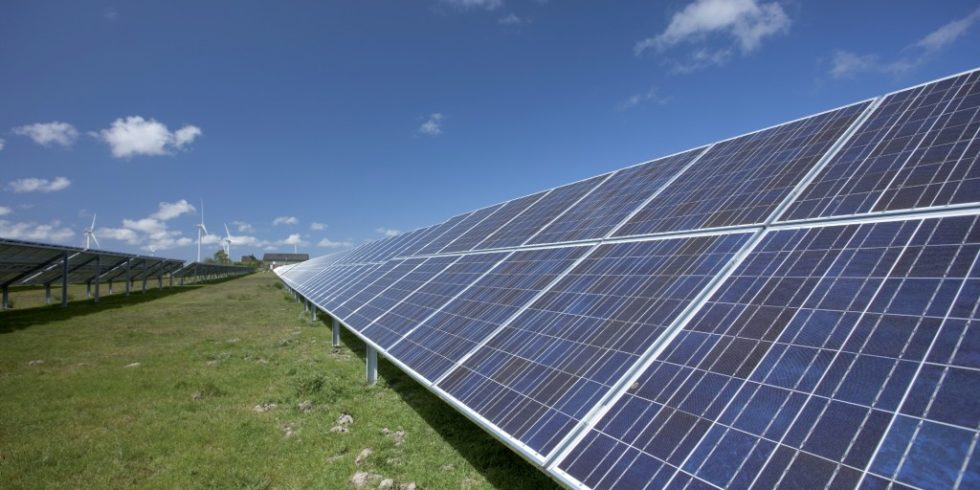 Solar power plants on open spaces like here at Rodenäs in North Friesland shortly before the Danish border make a valuable contribution to security of supply with inexpensive power supply with high regional added value.

Photovoltaics (PV) have long been an indispensable engine of the energy transition. And yet the commitment to PV expansion in 2020 is still often a battle against windmills. Solar companies still have to join forces with environmental and consumer advocates such as Sisyphus to oppose “sun taxes” and “solar caps”.

The biggest challenge facing the solar industry is not the currently raging corona crisis. No, the greatest danger currently comes from a statutory subsidy restriction in 2012, which has hovered over the entire industry like a sword of Damocles for years. It was only after years of persuasion that the Federal Cabinet decided last autumn to remove the 52 gigawatt cap by the end of 2019. The industry is still waiting for this decision to be implemented.

Why is? If 52 gigawatts (GW) of installed PV capacity are reached in Germany, no further subsidies from the Renewable Energy Sources Act (EEG) will be paid for new photovoltaic roofs. We are currently at just over 51 gigawatts. Should the funding run out, the demand will shrink to a fraction.

With this in mind, the industry's business expectations went into free fall in the first quarter of 2020. More and more large solar roof projects that can no longer go online in time are already bursting. If the solar cap does not fall before the political summer break, hundreds of solar companies and over ten thousand jobs are at risk.

The last word has not yet been spoken. An agreement between the deputy parliamentary group chairmen of the CDU and SPD on May 18 gives hope that the cap will perhaps be removed in time. The coming weeks will show whether this actually happens.

Without breaking down market barriers, climate goals will not be achieved

We need a much stronger annual expansion of solar energy. Experts speak of a necessary quadrupling of the expansion targets. Without an annual expansion of at least ten gigawatts, Germany will not be able to achieve the climate targets it has set for 2030. Otherwise, there will soon be an electricity generation gap and an unwanted postponement of the coal phase-out. This emerges from several current studies - such as the study "Energy transition in the context of the nuclear and coal phase-out - Perspectives in the electricity market until 2040" by the Bonn institute EuPD Research.

No other form of energy enjoys such high levels of sympathy across all societies and meets with such a willingness to invest as solar energy. According to a representative YouGov survey from February 2020, the overwhelming majority of all parties voted in favor of abolishing the 52 gigawatt cap and continuing to promote photovoltaics. In the case of the Greens or the SPD, the approval rates are 83 and 84%, respectively, and 82% for the CDU / CSU. And even with the AfD, a clear majority of 67% is in favor of further funding. 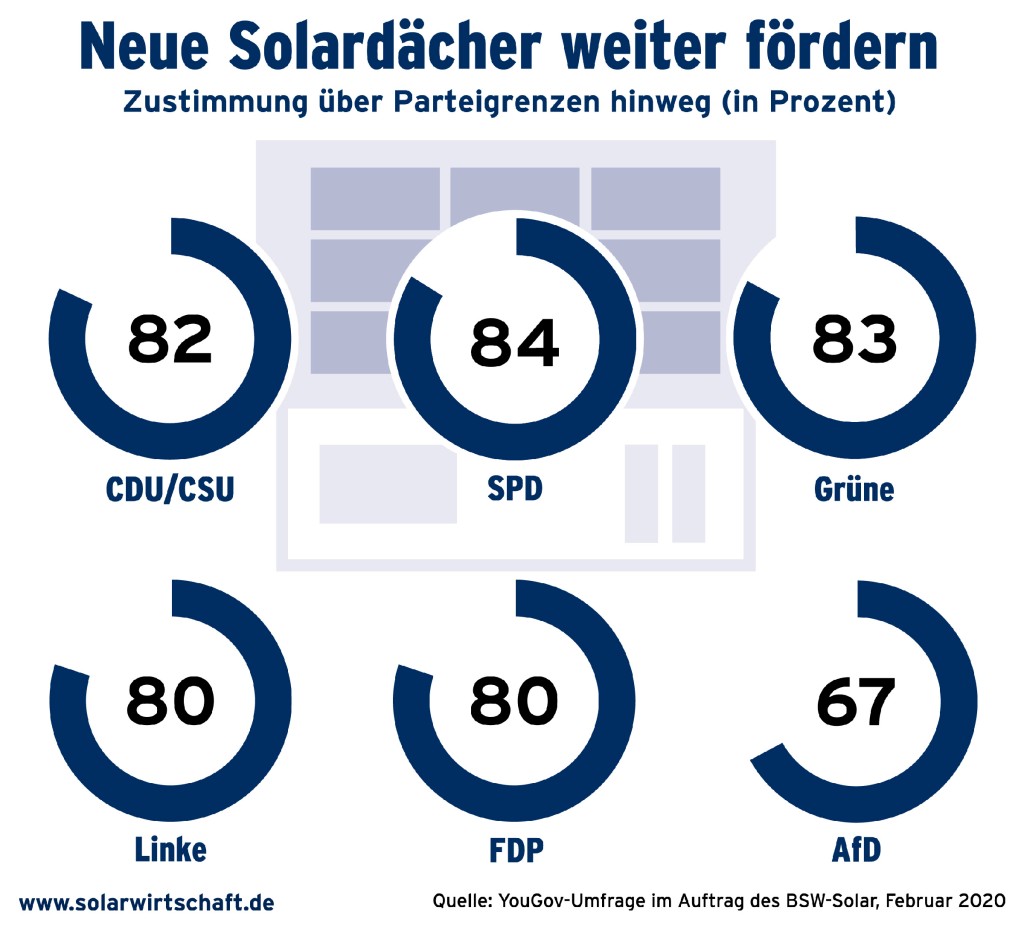 The federal government is also unnecessarily endangering the climate targets elsewhere: the technically mostly sensible continued operation of solar power systems, which are regularly excluded from the EEG subsidy after 20 years, is made much more difficult by sometimes harassing connection rules. This will affect around 200,000 solar power systems by 2025 alone, which would often produce good solar power harvests for another ten years.

Instead of paying operators of over 20 solar systems unbureaucratically at least the market value of solar power, full feed-in of solar power is made dependent on the future delivery of the green power to a direct marketer. This requirement has so far only applied to larger commercial roofs for new systems and is costly and financially unattractive for homeowners.

Alternatively, many over 20 operators should consider converting their solar power systems to their own consumption in order to refuel the e-car with their own solar power with the help of retrofitted battery storage and perhaps also an intelligently controlled wall box. But over 20 solar operators are to pay a proportionate EEG surcharge of around three cents for each kilowatt hour they use. Crazy world: While large parts of the energy-intensive industry will continue to be exempted from this levy, the solar pioneers of all people should now be asked to pay for the energy transition. This “sun tax” has been slowing down the initiation of solar tenant electricity projects in Germany's inner cities for years. It is time that this brake was finally released. The future of our country's climate and energy policy must no longer be taken hostage.