What is plan constant 3

The Broglie atomic model was proposed in 1924 by the French physicist Louis Broglie. In his dissertation, Broglie asserted the wave-particle duality of electrons and laid the foundation for wave mechanics. Broglie published important theoretical insights into the wave-body nature of matter at the atomic level.

Broglie's statements were later demonstrated experimentally by scientists Clinton Davisson and Lester Germer in 1927. Broglie's electron wave theory is based on Einstein's suggestion on the wave properties of light at short wavelengths. 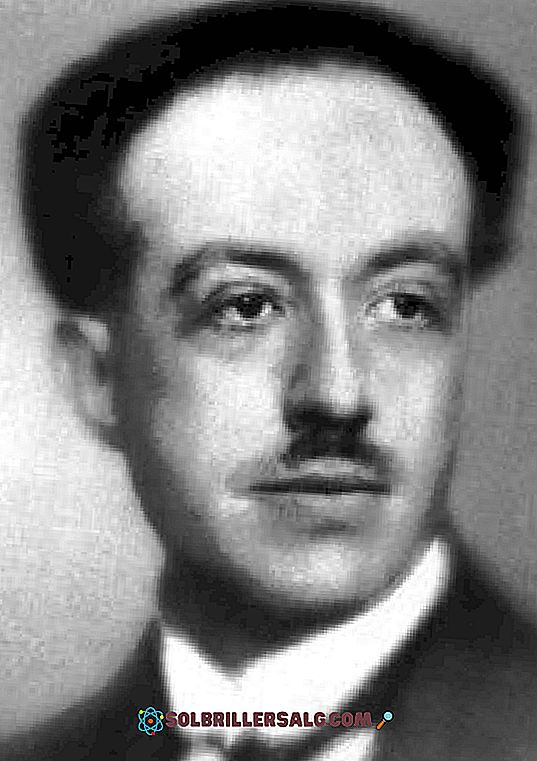 Broglie announced the possibility that matter could behave similarly to light and suggested similar properties for subatomic particles such as electrons.

Electric charges and orbits limit the amplitude, length and frequency of the wave described by electrons. Broglie explained the movement of electrons around the atomic nucleus.

Properties of the Broglie atomic model

To develop his proposal, Broglie started from the principle that electrons have a dual nature between wave and particle, similar to light.

With this in mind, Broglie compared both phenomena and, based on the equations developed by Einstein for studying the wave nature of light, stated:

E = energy of the electron.

f = frequency of the wave.

- The linear moment of the photon and thus of the electron is inversely proportional to the wavelength, and both quantities are linked by the Plank constant: 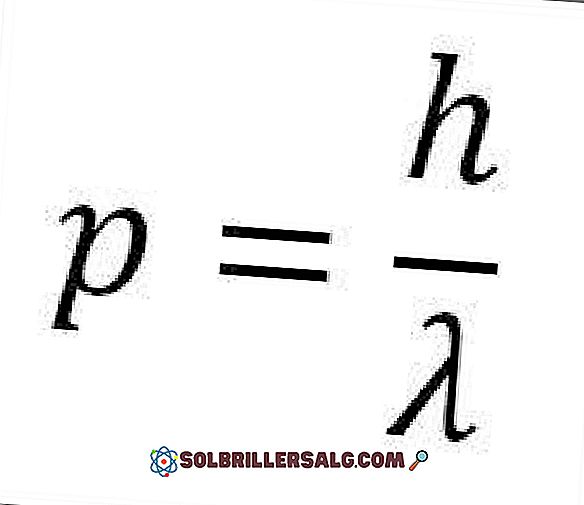 p = linear moment of the electron.

- The linear momentum is the product of the mass of the particle and the speed that the particle has during its displacement.

If the previous math expression is restructured depending on the wavelength, we have the following: 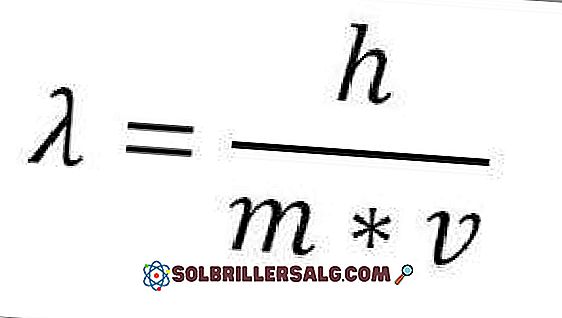 m = mass of the electron.

v = speed of the electron.

Since h, the Plank constant, has a small value, the wavelength is also λ. As a result, it can be said that the wave properties of the electron occur only at the atomic and subatomic levels.

- Broglie is also based on the postulates of Bohr's atomic model. Accordingly, the orbits of the electrons are limited and can only be multiples of whole numbers. So:

m = mass of the electron.

v = speed of the electron.

r = radius of the orbit.

According to Bohr's atomic model on which Broglie was based, if the electrons behave like standing waves, only orbits are permitted whose radius corresponds to an integral multiple of the wavelength λ.

Therefore, not all orbits meet the parameters an electron needs to move through them. Therefore the electrons can only move in certain orbits.

The wave theory of de Broglie electrons justified the success of Bohr's atomic model to explain the behavior of the individual electron of the hydrogen atom.

Similarly, it was also shown why this model did not fit into more complex systems, i.e. H. Atoms with more than one electron.

The experimental verification of the Broglie atomic model took place 3 years after its publication in 1927.

Davisson and Germer carried out scattering tests of an electron beam through a nickel crystal and observed the diffraction phenomenon through the metal medium.

The experiment performed consisted of performing the following procedure:

- First, an assembly was placed using an electron beam with a known initial energy.

- A voltage source was installed to accelerate the movement of the electrons and trigger a potential difference.

- The electron beam was aimed at a metallic crystal; in this case nickel.

- The number of electrons that appeared on the nickel crystal was measured.

At the end of the experiment, Davisson and Germer found that the electrons were distributed in different directions.

By repeating the experiment using metal crystals with different orientations, the scientists found that:

- The scattering of the electron beam by the metallic crystal was comparable to the phenomenon of interference and diffraction of the light beams.

- The reflection of the electrons on the impact crystal describes the trajectory, which should theoretically be described according to the Broglie electron wave theory.

In short, the Davisson and Germer experiment has experimentally proven the double-wave particle nature of electrons.

The Broglie atomic model does not predict the exact position of the electron in the orbit in which it is moving.

In this model, electrons are perceived as waves that move around the orbit regardless of location, which introduces the concept of the electronic orbital. 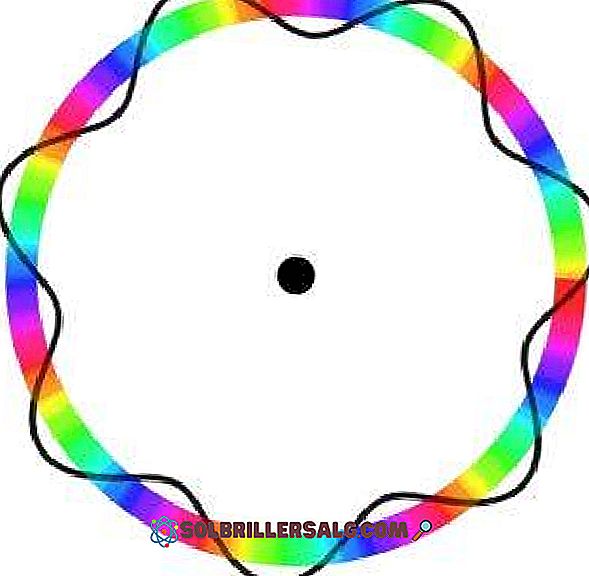 In addition, the Broglie atomic model, analogous to Schrödinger's model, does not take into account the rotation of electrons around their axis ( Spin ).

By ignoring the intrinsic angular momentum of the electrons, the spatial variations of these subatomic particles are neglected.

In the same order, this model does not take into account changes in the behavior of fast electrons as a result of relativistic effects.

Bohr model of the atom.