How to read manga

How do you read a manga? 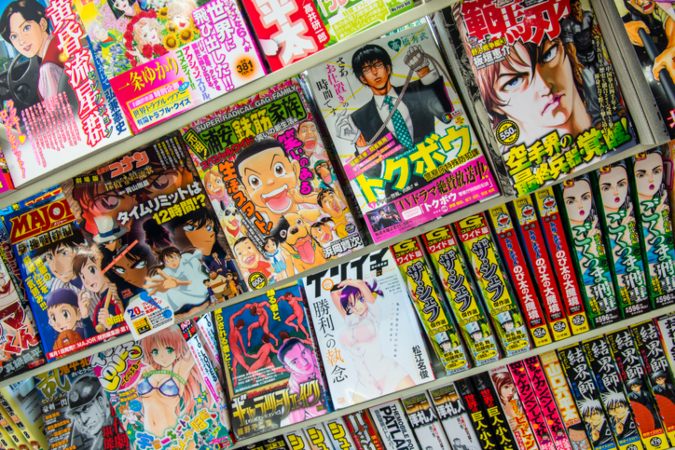 Anyone holding a manga in their hands for the first time is guaranteed to make a typical mistake - they read the end first. In Japan there is an exciting specialty when it comes to reading comics.

If a manga is read like a normal book in the western world, i.e. from front to back, the reader begins with the end.

In Japan if it works the other way around, books and newspapers are read from back to front. More precisely, the reader starts at the top right of the page and ends at the bottom left.

So it starts at the end of the book on the last page and reads the first line from right to left and then continues with the second line.

When the first manga were imported to Germany, there was the idea to use them as a kind of further translation to mirror.

Real Japanese comics fans but wanted to read the originals and refused the mirroring out of conviction. So almost all mangas now appear in the Japanese reading direction.

Video: MANGA FOR NEWCOMERS - you have to know that - an introduction to the MANGA WORLD - Melis Art and Books

What else to watch out for with mangas

Pictures as well Words, Speech bubbles and also the Sounds are read from right to left. Sometimes it happens that images go over two pages.

In many mangas, at the end of the book, i.e. actually at the beginning, as we understand it, there are also helpful drawings and explanations, such as a Manga is read.

In principle, noises are also translated into German. But it can also happen that these are adopted in Japanese. Most of the time, however, the noises result from the context anyway.

Mangas for women, men and children

In Japan, the manga business is booming, and over a third of the Japanese books there are manga. In contrast to German comics, the target group is not just children, but at least as many adults. There's even a species here Classification according to theGenders:

In principle, however, the transitions are rather fluid and there are no strict ones Gender recommendations. Such a recommendation is hardly needed, especially with adult mangas.

The topics in the Japanese comics are very diverse. Love stories are particularly popular, but so are adventures and historical events.

So-called are also very well known Business mangaswho have favourited stories from the world of Business women and men tell.

It may well take some time to immerse yourself in the art of Mang reading. This is not because it is particularly difficult, but because we are used to a different way of reading in the western world. It feels downright wrong to us to read a book from back to front. But with a little practice it usually works pretty quickly and becomes part of the flesh and blood. Then Mangalese can be a lot of fun and a great hobby.

Delicate articles to read on: