What do iron and TIBC tests measure 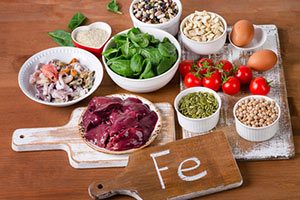 When does a tibc examination make sense?

tibc - at a glance

The tibc denotes the "Totale E.eat (engl. iron) B.indungskcapacity (engl. capacity) “, Transferrin is the most important iron transport protein in the blood and transferrin saturation describes the proportion of transferrin that is saturated with binding iron.

The parameters are used to check the body's ability to transport iron.

For which diseases should the tibc or the transferrin concentration be examined?
→

If there is a suspicion of an increased or decreased Iron content in the body, caused by various underlying diseases.
→ To check the Liver function and nutrition.

What is being investigated?
Transferrin saturation is a measure of the total iron transport capacity of the blood. It correlates with the transferrin concentration in the blood. Transferrin is a protein that binds iron molecules and transports them into the blood plasma.

It is mainly produced by the liver and regulates the iron absorption of the organism into the blood.

Some laboratories now also measure the number of free iron binding sites in transferrin; this value is known as the unsaturated iron binding capacity (UIBC). If you add the UIBC together with the serum iron, the tibc can be calculated.

Transferrin and serum iron are usually measured. The transferrin saturation is then calculated from the quotient of serum iron by serum transferrin multiplied by a factor (depending on the dimension of the iron determination).

From which sample material is tibc and transferrin determined?
From a blood sample from a vein in the arm.

How is the transferrin test used?

Transferrin will usually be checked with the serum iron to determine if there is an increased iron or iron deficiency. Usually about a third of the measured transferrin is loaded with iron.

The transferrin values ​​are also lowered in liver disease

Since transferrin is produced by the liver, the transferrin values ​​are also lowered in liver diseases. The transferrin level in the blood drops relatively quickly when there is a diet-related protein deficiency, which is why the transferrin test can also be used to monitor nutritional status.

When could the determination of the transferrin be useful?

Transferrin is not part of a routine laboratory examination. It is requested when the iron value appears to be too high or too low. The test is also carried out in the case of anemia, especially microcytic, hypochromic anemia (reduced erythrocytes, reduced Hb amount per erythrocyte).

Iron and transferrin are also examined if elevated iron levels are suspected or if there is a positive family history of hemochromatosis. For the identification of hemochromatosis, however, there are now tests that can make a diagnosis faster and more precisely.

What does the test result mean?

Is there anything else I should know? 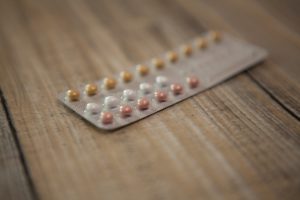 Taking oral contraceptives or fluoride can increase transferrin levels. The assessment of transferrin saturation is made more difficult by the fact that the transferrin concentration is influenced by sex hormones (estrogens) and the determination of iron in the serum shows very large fluctuations within a day and from day to day.

For the diagnosis of iron deficiency or iron overload, the investigation of ferritin and the size and hemoglobin content of reticulocytes (cHr), and in individual cases also of the soluble transferrin receptor, is recommended today.

In the case of the most common form of iron deficiency in Central Europe, the iron utilization disorder in the context of inflammation or tumor diseases, the determination of transferrin is usually not diagnostic. The test should not be performed during inflammation (with an increased crp concentration).

The reduced importance of these parameters is also shown in the fact that iron and transferrin are no longer included in the external quality control according to the current RILIBAEK. According to the guidelines of the German Medical Association (RILIBÄK), there is no round-robin test (participation in external round-robin tests) to determine the transferrin saturation / TEBK. Internal controls as well as the determination of the correctness and precision must of course be carried out regularly.

Does transferrin transport iron through the body?

Yes, transferrin can bind 1.25 micrograms of iron per gram of transferrin and then transport and release it into the blood.