Should we start mining asteroids

Asteroids regularly make headlines as they approach Earth: What is the risk of an impact? What happens if such a boulder actually falls on earth? And what can we do about it? Many astronomical studies therefore deal with the more threatening aspects of asteroids. 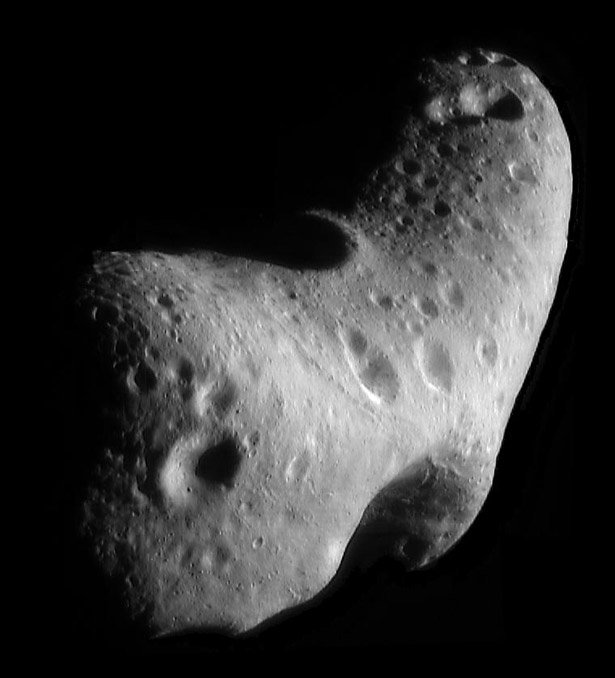 Asteroid 433 Eros, imaged by the NEAR Shoemaker spacecraft from a distance of 200 kilometers © NASA / JPL / JHUAPL

But the boulders and ice chunks from space have much more to offer: like comets, they are remnants from the early days of our solar system. They consist of material that could never or only partially aggregate to form a planet. How the asteroids are composed tells us a lot about the history of the formation of the solar system and the planets. From a scientific point of view, asteroids are of great value.

Due to their rock, they are also extremely valuable materially: They contain many metals that are very rare on earth. For example, NASA's NEAR Shoemaker probe found out about the asteroid Eros in 2001 that it contains an estimated 20 billion tons of various metals, including aluminum and the rare precious metals gold and platinum.

That is more than what mankind has brought out of the earth up to now in its history. The Eros, shaped almost like a banana, is just under 35 kilometers long and eleven kilometers thick. For industry, gold and platinum metals are important for microelectronics or as chemical catalysts. To operate a kind of mining in space on such metal-rich asteroids could solve many of the earth's raw material problems.

Due to its composition, Eros is one of the S-type asteroids. The S officially stands for "rich in silicate", but colloquially it often means "stony". Almost a fifth of the known asteroids fall into this group. M-type asteroids are even richer in metals, although they are rarer. The name already suggests the rich supply: The M stands for "metallic".

These chunks are made almost entirely of metal. The main components are iron and nickel, which are also common on earth. Bringing these to earth would be wasted energy, but for space travel they are possible raw materials that do not have to be costly shipped from earth into space.

In addition, M asteroids also contain real treasures: The concentration of precious metals such as platinum and iridium is many times higher. Such asteroids are also indirectly responsible for many types of metals mined on earth: For example, practically all known deposits of iridium ores were created from impacts by meteorites.

This becomes particularly clear in the so-called iridium anomaly: In the rock layer, which geologists use to differentiate the Cretaceous from the Paleogene, there is a thousand times more iridium than in the rest of the earth's crust. This iridium can be traced back to the meteorite that was partly responsible for the demise of the dinosaurs 66 million years ago. After its massive impact, it spread with the dust around the whole earth and is now detectable almost everywhere where this boundary layer is visible.

Historically, such metallic meteorites were possibly the first sparse source of metallic iron that humans could use even before the beginning of the Iron Age. An example of this “star iron” is the Cape York meteorite, named after its location on Greenland. The Inuit who settled in the vicinity used the metal from the meteorite for tools and arrowheads for centuries.

In addition to mainly iron and some nickel, this meteorite also contains the metals germanium, gallium and iridium in significantly higher quantities than they occur in earthly ores. Its iridium concentration is over a hundred times greater than in the iridium anomaly, and ten thousand times greater than the average value in the earth's crust.

But waiting for a metal-rich asteroid to hit the earth as a meteorite is not particularly economical. This is why the asteroids themselves are a tempting target for mining these metals.