Python course: Learn to program with Python for beginners and advanced learners

This Python tutorial is created as part of university courses and can be used here free of charge. Python is a programming language that is very suitable for beginners and beginners, which later also offers advanced and professionals everything they could wish for in programming. The course is an introduction and provides a good introduction. Current knowledge is conveyed - therefore we write our Python code with the current Python version 3.

To make learning to program with Python even more fun, we will use various games to get to know the application of Python in the course and build up our knowledge as programmers. The basics are implemented directly in well-known games such as: 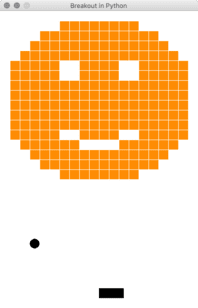 For this purpose, the procedure for learning programming is shown step by step in the course. Using example code, all commands are explained how to write programs with this knowledge. For example, how a sprite sheet with the individual movement stages becomes an animated player character - in this case a honey bee.

And the finished result (looks even better when implemented in Python + Pygame):

Python has become a very popular programming language. Python can be used in more and more software programs and hardware - which makes Python even more interesting. The course also includes a detour to the single-board computer Raspberry Pi (Pi stands for Python interpreter).

Programming in Python can be done in the following forms:

Python is called a scripting language - a created program is interpreted when it is started. Therefore you only get error messages if there are errors in the Python program. But more on that later. The language is very easy to learn and thanks to the (forced) clean creation of code, the language scores: It is easy to read and has a clear, short code. Therefore, Python is very easy to learn and ideal as an introduction to a programming language.

Have fun in this Python course.