What are some worthless books you read

Throw away books? Yes, that too is exempt!

For far too long I've been carrying them around with me, the old books from my student days and the time before the children. Hundreds of English-language thrillers, novels, light and also classic literature in German, French, specialist books, whatever.

Books are not thrown away, at least not so easily, and I have really grown fond of some of them. However, for a long time not all that I would actually like to have upstairs in my bedroom, within sight, fit on my small shelf.

The wrong books were there, I thought, and that had just happened because of the order in which I had read them and because I moved to this apartment 6 years ago. Because of course I have books in the basement, there are also my records and CDs, and the other things that I rarely need but still want to keep. (And in my parents' basement there are also 2 boxes of books waiting, I know, dad!)

Now, because of the # Umzimmer2018 campaign, in which the son will finally get his own room and in the context of which I will move in with the youngest, I already completely cleared the basement in the first days of January and put a few hundred German-language books in the Paper bin knocked here in the house. That was relatively easy, although it took me to overcome at first. You don't throw piles of books in the trash every day, and I wasn't sure how that would feel. 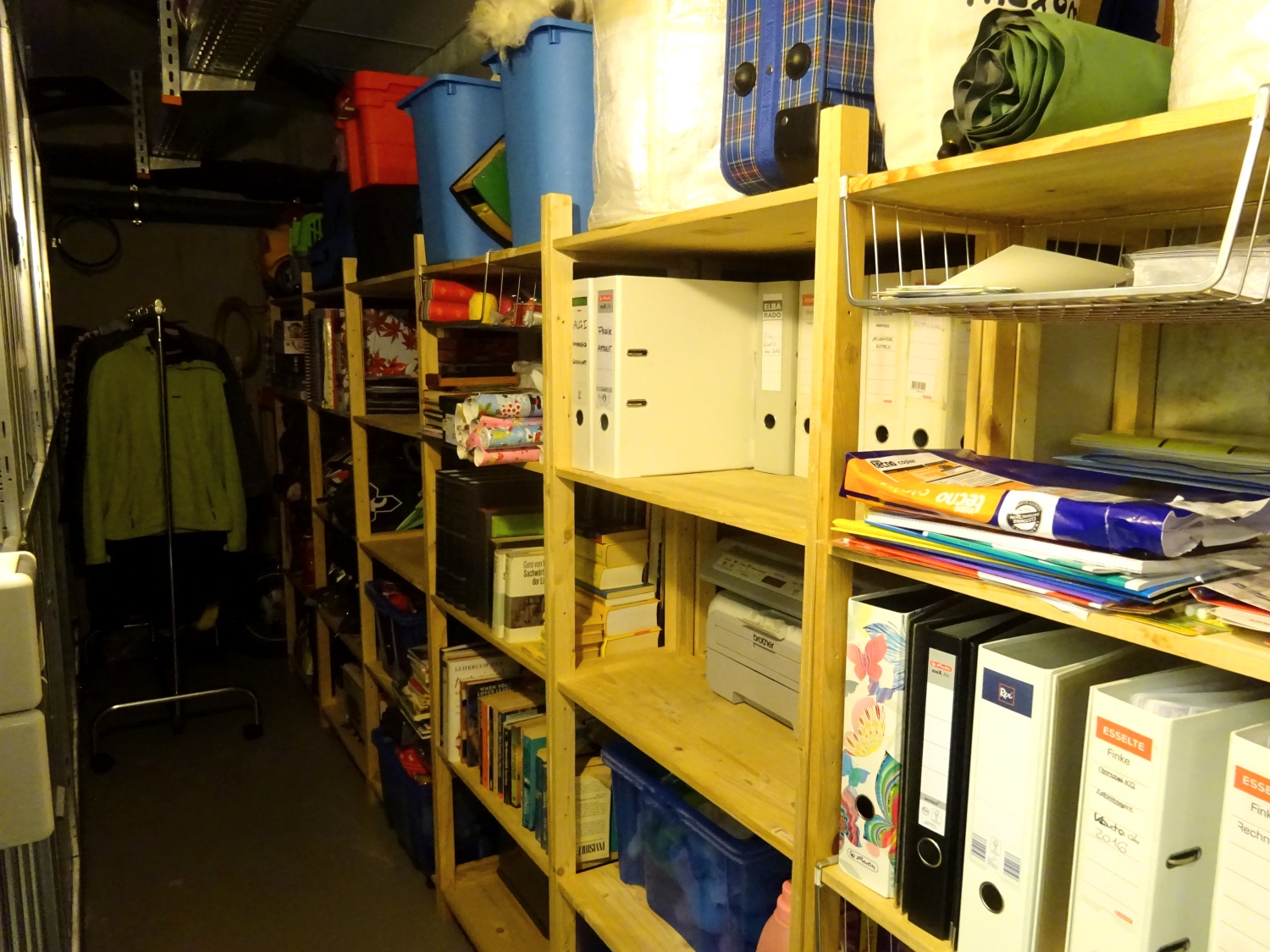 The neighbors were amazed, too, but they often wonder at me anyway, and if you look into the paper garbage can tomorrow while you dispose of your cardboard boxes, you will probably know right away who cleaned it up - the bookworm in the house is me.

Typing ISBN numbers for book buyers for days? no thanks

I know that there are other ways to get rid of books than throwing them in the paper bin, and also that my approach will trigger something between alienation and horror in some - but that's the way it is for me. Because I kept the books that I think I will get sold, and the others are in fact worthless. I don't need it to show off how many books I've read. And I don't want to spend days typing ISBN numbers into book buyers like Momox (although I keep making mistakes and getting headaches) only to find out that my book is worth 15 cents.

It did its duty, it's made of paper, and I don't owe it to anyone to get a book in circulation. In the past, when I had even more scruples about it, I abandoned books wildly, ie "lost" them somewhere, and hoped that the book would find a new owner. Now I think if I don't like the book enough that I want to keep it, then I don't want to give it to anyone else.

I also don't want to put books in a box with a "To be given away" sign on the side of the road, because then I have to check whether it is raining, whether the box is empty (which it will never be, because 30 books are at the end of it 25 more there), and at the end put all the stuff back in the basement - liberation feels different.

By the way, I throw books that I don't like at all in the bin immediately, sometimes even after reading only 20 or 40 pages. “The centenarian who climbed out the window and disappeared” was such a case, and so did “P.S., I love you” by Celia Ahern. I could probably even have given both of them away because the critics and readers loved these works, but I thought they belong in the bin. Throwing away books is actually an act of emancipation: I am allowed to. And I don't have a guilty conscience about it.

And for all those who find this reprehensible, the comparison to the e-book should be drawn: The e-book only exists in virtual form, and books seem like food anyway, I think, in the person who takes them in and with them Read something. They are spiritual nourishment and a fleeting good.

I only keep books that mean something to me: e.g. those of my author friends

Exceptions for me are dictionaries that I can't throw away for nostalgic reasons, classics that I love (Faulkner, Camus, Beauvoir, Siri Hustvedt and Co), and books from my studies, which were the reason why I wanted to study English linguistics and Studied Romance studies.

And of course I don't throw away my friends' books. No, they now have pride of place on my shelf in the bedroom. All of my author friends stand there in harmony. You could also say it's a small, fine, parents' library and feminist collection. Reconciliation, having children, careers and novels by author friends - I like my bookshelf. And I am especially happy about each of these treasures, which bears a friendly dedication from you.

Cleaning up makes you happy - and throwing away or giving away books too. At least me!

P.S .: The new book by Rike Drust, "Muttergefühle 2", is on my bookshelf 3 times. The publisher had sent me three review copies instead of one. I read the book, liked it very much, but haven't introduced it yet. Who wants to win one of the books? I am giving it away to everyone who leaves me a comment on this blog that they are interested in it. Then there is finally order on the shelf and you have something to read! The closing date for entries is January 31, 2018.

Result of the raffle: Another winner was Mitscharf and Miriam. :) 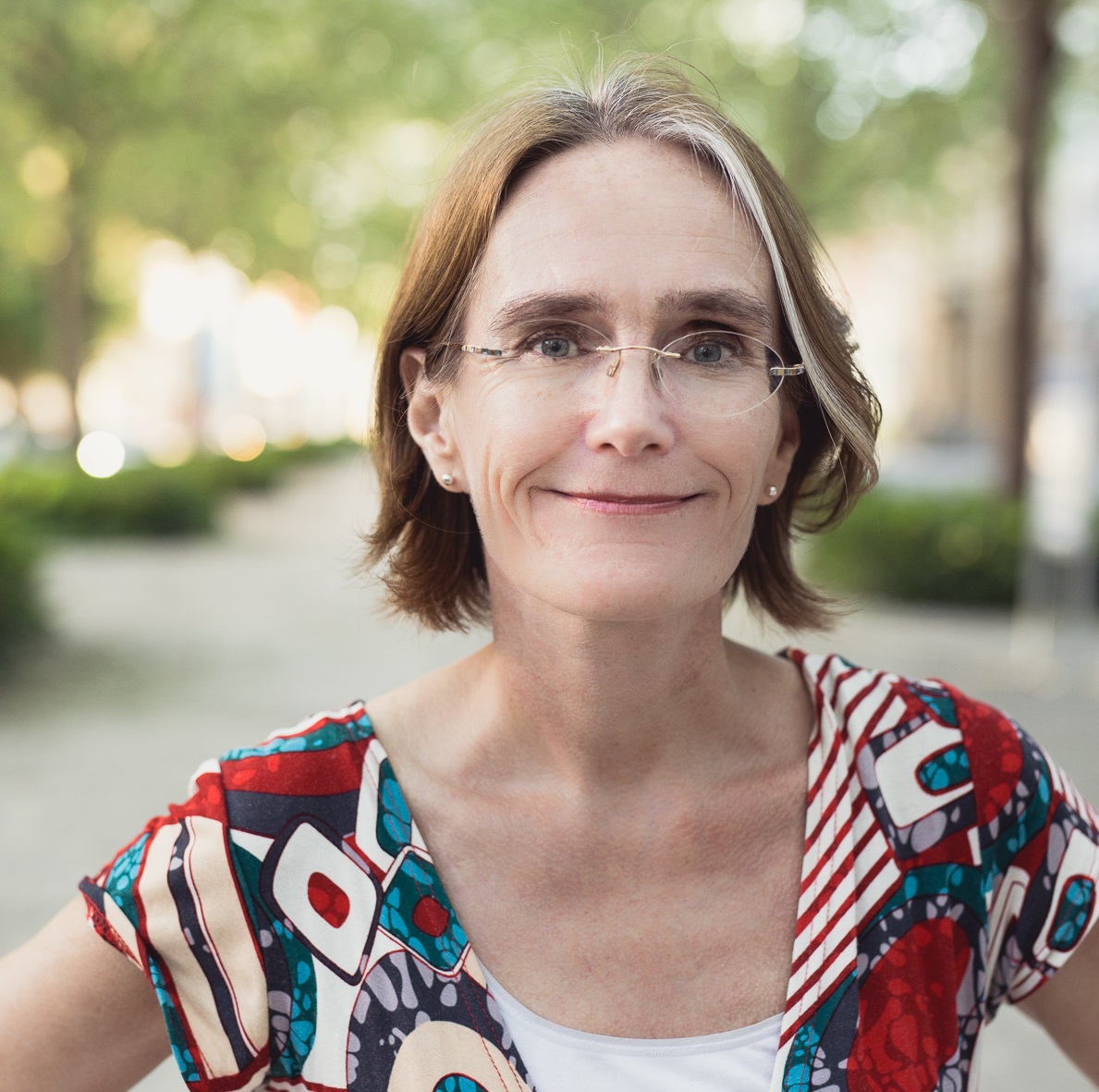 Single parent with 3 children, author and columnist, since 2014 also city councilor in Konstanz. Blogs here since 2011.
<?