Why does the choice affect the stock market?

Outlook: This is how the US election will affect the stock exchanges in 2021!

It is now official: Joe Biden becomes the 46th President of the USA. Even if the stock exchanges celebrated the outcome of the election with a good price jump, from a purely statistical point of view, a re-election of Trump would have been preferable. However, the prospect of a split congress gives hope for a good performance in the coming year.

Trump would have been ahead

When looking at the re-election of a US president since 1950, it is noticeable that the S&P 500 gained an average of 9.6 percent in the following year. A price increase was recorded in five out of seven or in 71.4 percent of the cases. After the re-election of Ronald Reagan, Bill Clinton and Barack Obama, it even went up by around 30 percent. 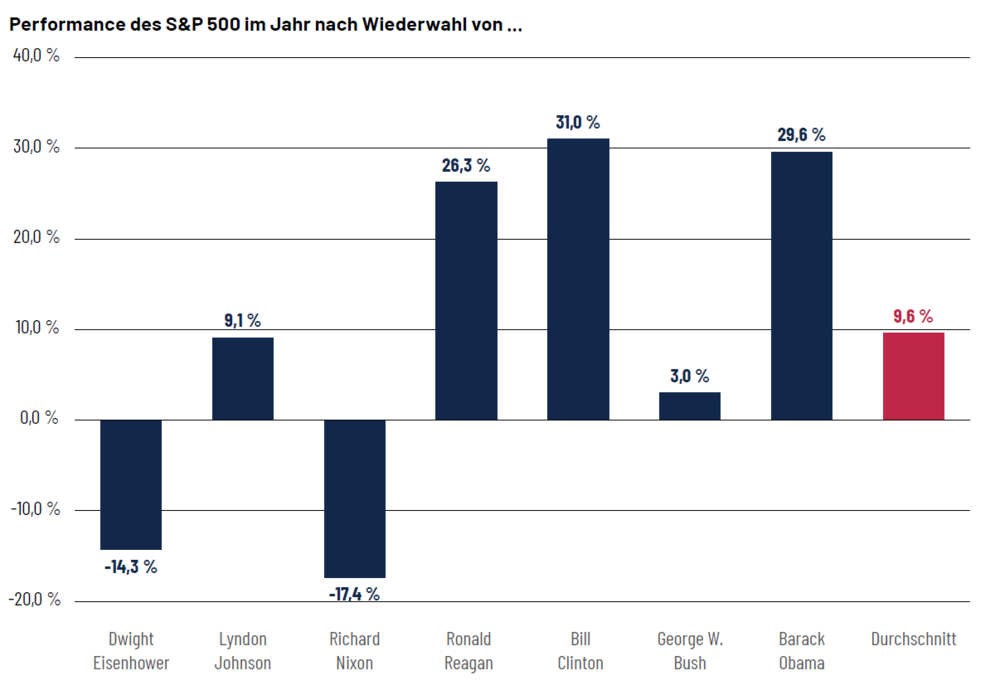 In those cases in which there was a change of power in Washington, a significantly poorer performance can be observed: Although there were also some strong years here, the S&P 500 only increased by 4.8 percent on average in the year after such an election . In addition, the hit rate is very low: in only five of the ten cases, the index closed higher at the end of the year. 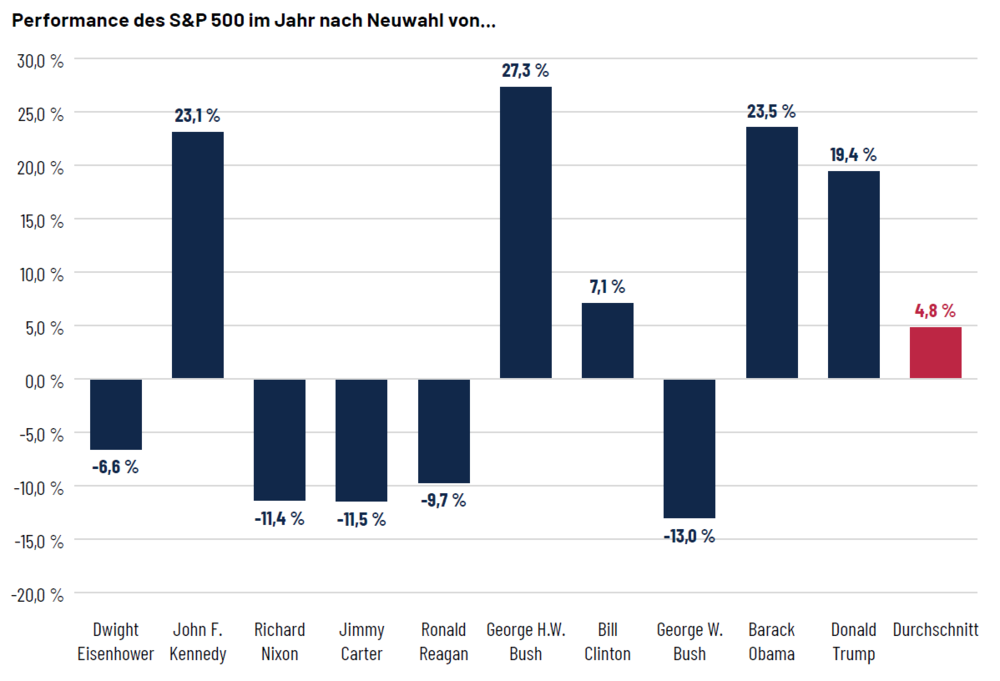 Even if these statistics give little hope of a good year for stocks in 2021, one fact of the US election is a silver lining: It seems that the Republicans are winning the Senate. The final decision on the majority in the chamber will not be made until a runoff election for the two Georgia state seats in January. According to the current status, the Republicans have already won 50 of the 100 seats to be awarded. So for a 50:50 stalemate in the Senate, Biden needs both votes from Georgia. Since with the House of Representatives the second chamber of Congress is already in the hands of the Democrats and stocks perform better statistically in a divided Congress, investors should keep their fingers crossed for Republicans from a statistical point of view in this case. Because while the S&P 500 grew by an average of 13.4 percent a year for a purely Republican Senate and an annual average of 10.7 percent for a purely Democratic Senate, the index made an annual increase of 17.2 percent in phases of a divided Congress.

This analysis is in a slightly modified form in the last issue of the stock market letter TSI USA published. If you continue to have exciting stock market stories coupled with the prospect of 100 percent performance don't want to miss in three years you should grab it now! Because only until Sunday evening at 11:59 p.m. you can save 20 percent on all subscriptions and stock market letters with the Black Friday offers from DER AKTIONÄR with the code FRIDAY20.

More about TSI-USA here! Get a 20% discount now!

All of today's investment giants were inspired by him: In Benjamin Grahams, now based on the first edition of the cult classic that was reissued in 1937, he conveys the tools for a fact-based and value-oriented company analysis in a compressed and easily understandable manner. Draw the right conclusions from the balance sheets, income statement, financial position and results of operations of a company? Graham shows how to do it. With simple tests the reader learns to assess the financial situation of a company. The extensive glossary and clear calculation examples provide the necessary insight into the jungle of financial-mathematical terms.