How did magic come about

Origin of the term magic

No historical epoch was as influenced by magic as the Middle Ages. Magical practices and superstitions were deeply rooted in all social classes and were part of everyday life in medieval people. In order to understand the importance of magic in the Middle Ages, it makes sense to take a closer look at the origin of the term and its historical development.

The tribe of magicians was the priestly caste in the Median and Persian empires, which embodied the occult sciences like no other social group, so that the term magic was derived from their tribal name. The Persian priests, known as Magi, settled around the 5th century BC. In Greece and later in the entire Mediterranean area. The Romans and Greeks described all the arts of these priests, who were active as astrologers and doctors, among other things, as magic. Their complicated healing rituals contributed to their reputation for seeking hidden knowledge and trying to harness occult powers. The imprecise definition of the term magic led to numerous guesses and suspicions and preoccupied the imagination of the ancients. Since they associated something nebulous and incomprehensible with magic, they were on the one hand fascinated by this topic, on the other hand there was something threatening that aroused displeasure in many cases. The Greeks and Romans gradually adopted numerous magical practices of the priests, so that the terrifying strangeness of the priests seemed to pass over to them. All dark machinations were now referred to as magic, regardless of who carried them out. 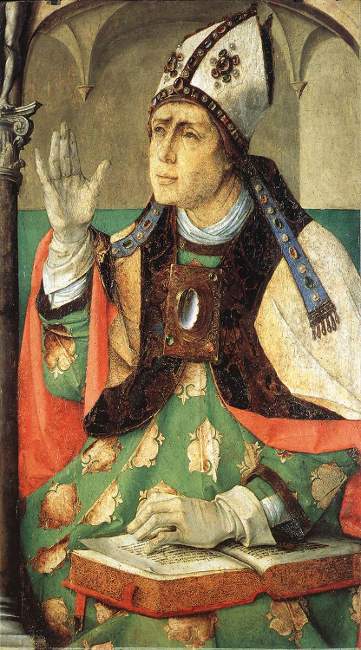 The clergy's assessment of magic

Early Christian writers who wrote about magic emphasized that it was only with the help of their gods that the Roman and Greek pagans were able to magically cure diseases or predict the future. In the Christian view, however, these gods were not real deities, but demons who were in league with the devil. Thus every divination and every healing with magical parts was branded as black or demonic magic. Even the use of medicinal herbs and precious stones to make items such as protective amulets was condemned. Such objects were also used as a signal to evil spirits to call them to action. The demons were classified as fundamental for magic, because it was believed that it was they who had instructed the people in this art. Like many other clerics, Augustine of Hippo (354-430) saw demonic forces at work in every magical act. The great influence of the church father was shown, among other things, in the fact that his views on magic were regarded as valid doctrine until the end of the 12th century.

Magical techniques that are particularly damnable

The starting point of all discussions about magic was its classification as demonic art, in which a devilish pact was made between evil angels and humans. The list of denounced magical practices that were particularly condemnable included all forms of divination, i.e. fortune-telling. Geomancy, hydromantic, pyromancy, and aeromancy were among the most popular divination techniques. Using these techniques, the magic practitioner read the future of earth, water, fire and air. For example, future events should be readable from the flight of birds, from the constellations of stars and planets in the sky or from the bowels of sacrificial animals. Furthermore, the church classified the reciting of magical formulas - the conjuration - and the ligature, a healing technique in which magical objects were bound to the body of the sick, as well as love and damage spells as particularly reprehensible.

Differentiation between natural and demonic magic

In the course of the thirteenth century, a major change in the assessment of magic became apparent. So there were authors who made a distinction between natural and demonic magic. Albertus Magnus, for example, acknowledges the possibility of the existence of natural magic in his scientific writings. He restricts, however, that it is not clear what exactly distinguishes natural from demonic magic. The later Bishop of Paris, Wilhelm von Auvergne (1180-1249), who was considered one of the most influential theologians of his time, devoted himself to both demonic and natural magic in his writings and recognized the latter as legitimate. Thomas Aquinas, on the other hand, adhered to the teaching of Augustine ‘and associated all magical rituals with the work of demons. At the same time, however, he assumed that occult forces emanating from the stars and planets were causally responsible for certain natural phenomena. During the 14th and 15th centuries, the notion of magical natural forces without demonic elements increasingly conquered European culture, although not all authors agreed with this idea.