UFO sighting off California: video footage of US soldiers surfaced

A video is said to show an unidentified flying object, the US Department of Defense confirms the recordings. What is behind the UFO sighting? 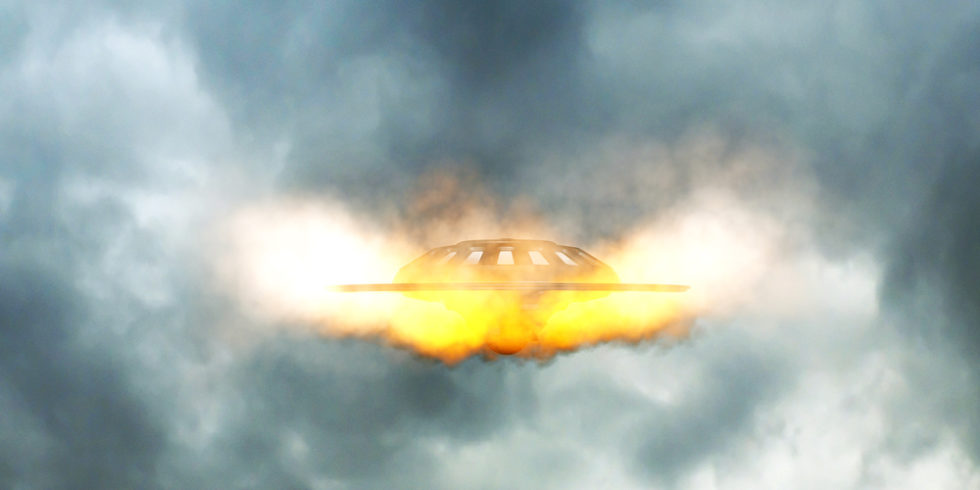 Green men in the saucer? Probably not. But video recordings of a UFO sighting off California cause a stir. The Pentagon has confirmed the existence of the images. Photo / symbol image: Panthermedia.net/Homeworks244

UFO sightings are such a thing. It is easy to associate such reports with little green men and other foolishness. The latest reports about a UFO are causing a sensation internationally, even from a serious point of view: Because video recordings of it apparently come from the US Navy and the US Department of Defense has confirmed the sightings.

None of this will have anything to do with green men, but it is unclear what exactly the US soldiers might have seen in the Pacific off the coast of California. Among other things, the US TV broadcaster NBC had prominently reported on the incident and published video recordings that were recorded by the crew of the battleship "USS Omaha" and that the broadcaster was alleged to have made available to the broadcaster by documentary filmmaker Jeremy Corbell. Corbell, on the other hand, is best known to many for his documentary "Bob Lazar: Area 51 and Flying Saucers" about the ufologist Robert "Bob" Lazar. Lazar claims to have conducted investigations on UFOs on behalf of the US military in the late 1980s.

UFO sighting off California: US Department of Defense confirms footage

Corbell had already published alleged scenes of another UFO sighting a few weeks earlier. You can see triangular objects that will also be flying in 2019 near the US ship "USS Russell". On closer inspection, however, the triangles look more like blurred reflections of points of light within the camera lens, which in turn could reproduce the shape of the camera shutter or individual shutter blades or, due to the shallow depth of field, appear not round as bokeh, but rather triangular.

The US Navy photographed & filmed “spherical” shaped UFOs & advanced transmedium vehicles; here is some of that footage. Filmed in the Combat Information Center of the USS Omaha / July 15th 2019 / warning area off San Diego @ 11pm PST. No wreckage found. No craft were recovered. pic.twitter.com/tK1YTG8sJ7

In the end, maybe a documentary filmmaker's marketing gimmick for a new film? At least the fact that the US Department of Defense has confirmed the sighting speaks against it. The Unidentified Aerial Phenomena Task Force is investigating the incident. This working group was only founded last year: it is supposed to "improve the understanding of the nature and the origin of unidentified air phenomena," says the Ministry of Defense.

Spherical object over the Pacific

The recordings were reportedly made in July 2019 by naval aircraft pilots and stored on the "USS Omaha". What can be seen - quite indistinctly - is a spherical or oval object that hovers over the water of the Pacific, appears to be in the air at times and finally apparently disappears into the ocean. "Pretty close," comments an excited voice from off-screen, and "it's dipped into the water, it's dipped into the water."

Also read: Why the Starlink satellites could lead to a disaster

Former Pentagon top official Christopher Mellon said in an interview with NBC that there are certainly similarities between the most recent UFO sightings and other observations made decades ago. Mellon worked for the Department of Defense during the presidencies of Bill Clinton and George W. Bush.

Mellon says in the interview: “We see a number of sometimes different things. Sometimes we see, for example, a 15-meter-long object that can fly at supersonic speed and apparently go into orbit or come down from heights of more than 30,000 meters. ”Because it can be stigmatizing to go public with such sightings, would Mellon said that eyewitnesses often keep quiet for long periods of time.

Sightings often turn out to be optical illusions

What is ultimately behind the unidentified flight object is initially unclear. It is not uncommon for UFO sightings to turn out to be optical illusions or comparable phenomena.