Who built the Ajmer Dargah 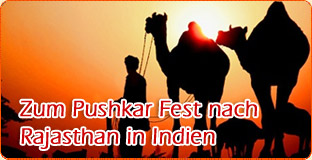 The environs of Ajmer, India

Ajmer trip: Mecca of India
Ajmer was founded in the early seventh century by the Hindu king Ajaypal Chauhan. He named the place Ajay-Meru (impregnable hill). He built India's first mountain fortress (Taragarh) here. Ajmer was the stronghold of the Chauhan dynasty until 1192.

As early as 1024, Ajmer was attacked for the first time by Islamic conquerors under Mohammud of Gazani (997-1030). In 1176 Mohammud von Ghori (1150-1206) invaded India from Afghanistan. He conquered Ajmer in 1192. Prithviraj III, the last Hindu king to rule Delhi, is defeated and with the establishment of the Sultanate in Delhi a new era. Ajmer was destroyed.

After the death of Mohammud Ghori, the Kutab-ud-Din-Aibak was the notorious founder of the slave dynasty (1206-1290), named after him because he was a Turkish slave. Ajmer remained in Turkish hands for 200 years until it was conquered by the Maharana Mewar (Chittorgarh). The town changed hands frequently between 1470 and 1556. Rajputs, Moguls and Marathas fought for rule.

In 1556 the Mughal Emperor Akbar (1556-1605) marched against the Rajputs and made most of the defeated his allies. Akbar's policy was willing to compromise. He saw this city as a good starting point to consolidate his power. Ajmer was also an important trading center. Akbar stayed here several times for extended periods. He had a rampart built around the city, but there is little more than fragments left of the 3737-meter-long wall.

Mughal emperors Jahangir and Shah Jahan also enjoyed staying in Ajmer and built important buildings here. In 1616, at the meeting of the English ambassador Sir Thomas Roe with Jahangir, one of the first contacts between the two world empires came about. In 1659 a battle between the Mughal princes Aurangzeb and Dara Shikoh took place in Ajmer, during which Taragarh was badly damaged.

The British, who fought with the Marathas for supremacy in India, sought support from the Rajputs. However, no agreement was reached. In 1815 Lord Wellesley succeeded in defeating the Sindhias (Marathas family) of Ajmer and Gwalior. In the subsequent treaty, the Sindhias were able to ensure that after the Marathas had also been defeated on the Dekkhan (southern India) and that the British could then conclude contracts with the Rajputs, Daulat Rao Schindia handed Ajmer over to Sir David Ochterlony and so the city remained part of the British Empires until independence (1947) under the supervision of English officials.

When the principalities were reorganized in 1956, Ajmer was incorporated into Rajasthan and is now the educational center of Rajasthan.
The highlights of Ajmer
In the old part of the city, at the foot of the bare and barren hills, lies the most important Islamic pilgrimage site in all of India like an island. According to historical reports, the Sufi Saint Khwaja Muinud-din Chishti was born in Sanjar, Persia, in 1142. From a young age he devoted himself to spiritual questions and during a stay in Mecca a prophetic inspiration is said to have prompted him to go to India. He came around 1191 during the reign of Prithviraj Chauhan. After Ajmer and founded the Chishti order here, the first Sufi order in India. Through his message of love and his self-sacrificing devotion to the poor, he contributed greatly to the spread of Islam. He was also known as Khwaja Gharib Nawaz (protector of the poor). Chishti died in 1236, but the number of his followers today extends far beyond the borders of Islam, as a visit to the grave is supposed to make wishes come true. For centuries, countless pilgrims from all parts of the world have flocked to the tomb (Dargah) every day.

You can get to the Dargah through the bazaar. In the bazaar you can buy the ritual offerings, shiny ceilings for the grave, incense, sweets, rose petals and attar (perfume). Ajmer is famous for its roses and it is here that the rose attar was invented in Jahangir's time. The access to the Dargah is through a huge gate that looks far over the houses of the old town, which was built by Sultan Iltutmisch at the end of the 12th century. Many centuries later, the Nizam of Hyderabad also built a large inner gate. 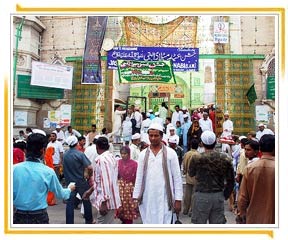 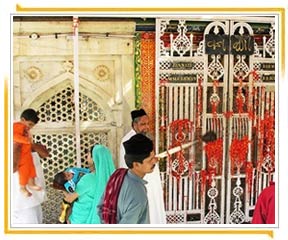 There are two huge cauldrons behind this gate. These two kettles (degs) have a capacity of 2612.6 and 1045 liters respectively. Mughal emperor Akbar used to go on a pilgrimage from Agra to Ajmer once a year to express a wish at this shrine. He returned to the Dargah in 1570 after his wish was granted and a son was born to him. He gave the shrine the first of the two huge cauldrons. This cauldron is almost three meters in diameter. Akbar's son Jahangir gave the Dargah the second kettle. History tells that Jahangir's wife, Empress Nur Jahan, personally cooked 1045 liters of khichri (a mixture of rice and lentils) in this kettle and fed 5000 poor people with it. This tradition has been preserved to this day. The two boilers were replaced by the current ones in the 19th century. They boil in them every year on the occasion of the Urs (memorial day celebration) of this saint. The masked men in their special clothing are an amazing sight as they climb into the cauldron with long ladders to pull out buckets full of steaming khichris, which they distribute to the patiently queuing crowd that has come here to pay homage to this saint. In the first courtyard, Akbar had the Akbari mosque built from red samd stone in gratitude for the birth of his son Jahangir, whom he named after Saint Salim.

In the second courtyard there is another mosque, built by Shah Jahan from white marble, with a 30 m long but narrow courtyard and a low gallery with 11 arches at the front of the prayer hall. It is arguably the most beautiful building in the Dargah area. The saint's tomb is in the second courtyard. The main shrine is a square marble structure with two entrances and a dome above. A golden spire, which develops from a flower cup, crowns the shimmering building. The doors of the shrine are shod with horseshoes, and successful horse dealers nailed them. Both Hindu and Muslim women make a pilgrimage to the tomb to implore the blessings of children. It is customary to tie a thread to the marble lattice in front of the tomb and to express a wish. At the entrance sit some khadims (helpers) with donation books. Be careful when alleged would-be leaders approach you for a donation. You shouldn't be impressed by that.

A day begins with the sound of big drums for morning prayer. After the prayers, the shrine is opened for the faithful, who take a seat in the courtyard and recite the Koran. The religious singers (kawaals) celebrate the glory of saints, who are given many names. Special mass prayers take place on Thursday and Friday, including on the 6th day of each month in the Muslim calendar. The Urs is the high point of the year, in the first 6 days of the Rajab, the 7th month in the Muslim calendar. Muslim believers firmly believe that the saint radiates wonderful power on those who believe in him and grant them the fulfillment of their desires. Headgear is essential, be it just a handkerchief. Tourists should dress respectfully. When visiting you have to take off your shoes, socks are allowed. 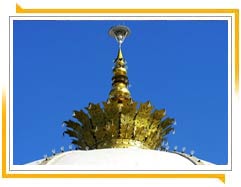 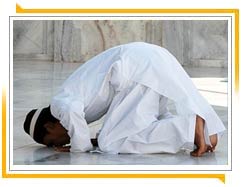 The Nasia Temple is a fantasy building of the Jainas. A large part of the building is only open to Jain believers. The main building consists of two high halls built one above the other, each corresponding to two floors of galleries. On the second floor there is a gallery around the lower hall. One floor up, behind glass, you can see a huge wooden model of the world mountain Sumeru, around which the gods sail in small airships. The legend of the Jain Tirthankara (pioneer) can also be read on tablets. A visit to the temple is recommended. Opening times (8 a.m. to 4 p.m.). 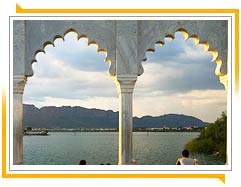 The artificial Anna Sagar Lake was created by the Chauhan Hindu king Arnoraj, the grandfather of King Prithviraj between 1135 and 1150, in order to clean polluted land that had become impure due to the Muslim blood that was forgotten at that point. The Mughal Emperor Jahangir was so impressed by the beauty of the lake, which lies between the hills, that he had the large, splendid Daulat Bagh garden laid out on the shore. The emperor Shah Jahan embellished the garden with a 378 m long marble wall along the lake, which is adorned with five elegant pavilions (chattris) made of polished white marble. In 1899 Lord Curzon had these pavilions restored. However, Lake Anna Sagar cannot meet the city's water needs as it often dries out completely in the summer months. Another reservoir, the Foy Sagar, has to be created 5 km up the valley. This place is ideal for evening walks. From the hills next to the garden there are wonderful views of the surrounding area. 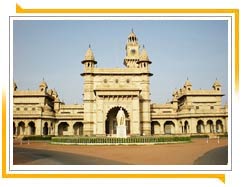 Mayo College: Eton of the East
The legendary Mayo Collage was once described as the "Eton of the East". Based on the model of the British private school, the college was established in the 19th century to prepare the young Rajput princes for their princely duties. Sir Swinton Jacob was the architect of the white marble main building.
<?