What helps against flatulence

Winds usually escape from the intestines eight to ten times a day. Whether they are loud or quiet, odorless or not odorless, depends on what you have eaten. 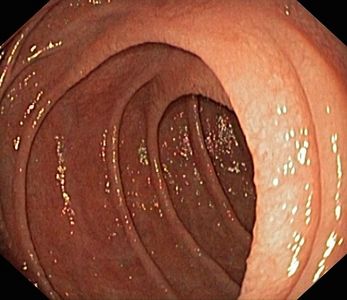 Flatulence is embarrassing. Especially when they are noisy and smell bad on top of that. On the other hand: People just fart, that's completely normal. Because with every bite not only food gets into the body, but also air. Some of it escapes from the stomach as a burp. The rest of them move on to the intestines. The bacteria that live there produce hydrogen, nitrogen, carbon dioxide and methane when they are digested. The air collides with these gases, the mixture swirls through the intestines and wants to go outside - as a fart. The greater the pressure of this air-gas mixture on the sphincter, the louder the pup. If hydrogen sulfide or mercaptans are also formed in the intestine, the pup smells unpleasant.

"In principle, flatulence is a sign that the intestine is working," reports Dagmar Mainz, spokeswoman for the professional association of established gastroenterologists. Winds usually escape from the intestines eight to ten times a day. Whether they are loud or quiet, odorless or not odorless, depends on what you have eaten.

"Raw food in the form of fruit and vegetables, muesli and dairy products can promote flatulence," explains Mainz. Foods that cause gas include legumes, cabbage, fresh bread, and onions. "Large quantities of carbonated drinks can also increase the gas content in the intestine," says Ursula Hilpert-Mühlig from the Association of German Alternative Practitioners. Other causes of gas include eating too quickly, too much stress and too little exercise.

Some people constantly feel bloated and need to fart. If flatulence occurs more than 20 times a day or if it hurts, this is actually a case for the doctor. The accumulation of air in the gastrointestinal tract can even be so strong that the diaphragm is pushed upwards. The result is heart problems - the so-called Roemheld syndrome.

But the flatulence is not always due to increased gas formation in the digestive organ. “It could also be due to an intolerance to lactose or fructose, for example,” explains Mainz. Milk sugar is found in cream, quark or ice cream, and fructose in fresh fruit.

It is also possible that the intestinal flora is disturbed. In such a case, the trillions of bacteria in the intestine are out of their natural balance. If someone then eats something that is flatulent, it upset the structure of the intestinal bacteria in such a way that this leads to constipation - or to other diseases such as irritable bowel syndrome.

Then the only thing that helps is to refrain from eating flatulent foods. If the gas is related to constipation, it may help to take a digestive walk after eating.

An intolerance to milk sugar (lactose intolerance) can easily be determined: If the flatulence increases repeatedly within an hour after eating a dairy product, then an intolerance is likely. Those affected lack the enzyme lactase, which should break down the milk sugar in the intestine. There is no cure for lactose intolerance - and it can also cause other complaints such as abdominal pressure and diarrhea.

Those who are lactose intolerant should severely limit their consumption of dairy products. “It's best not to do this on your own, but only after a doctor has clarified whether the diagnosis is actually correct,” explains Bettina Sauer from the Stiftung Warentest in Berlin. The situation is similar with fructose intolerance.

If the puff is painful, then moist, warm compresses on the stomach often help the gastrointestinal tract to calm down. Hilpert-Mühlig recommends the four winds tea for flatulence. To do this, mix equal parts of caraway and fennel seeds, peppermint leaves and chamomile flowers and add a quarter of a liter of boiling water. After five to ten minutes, pour the mixture through a sieve. “Four cups of it should be drunk daily until improvement occurs,” says Hilpert-Mühlig. She also advises eating in peace and quiet and chewing well. Whoever eats hastily swallows more air than usual.

A lot of exercise helps prevent flatulence. This is especially true for those who have to sit a lot for work. "Exercises that gently tense and relax the abdominal muscles can also be helpful," explains Mainz. This can be air cycling while lying on your back.

In most cases, flatulence is not a cause for concern - and especially after a large meal, it is completely normal. The reformer Martin Luther knew that too. The following famous words are attributed to him: “Why don't you belch and fart? Or didn't you like it? "