Where does the punta dance style come from? 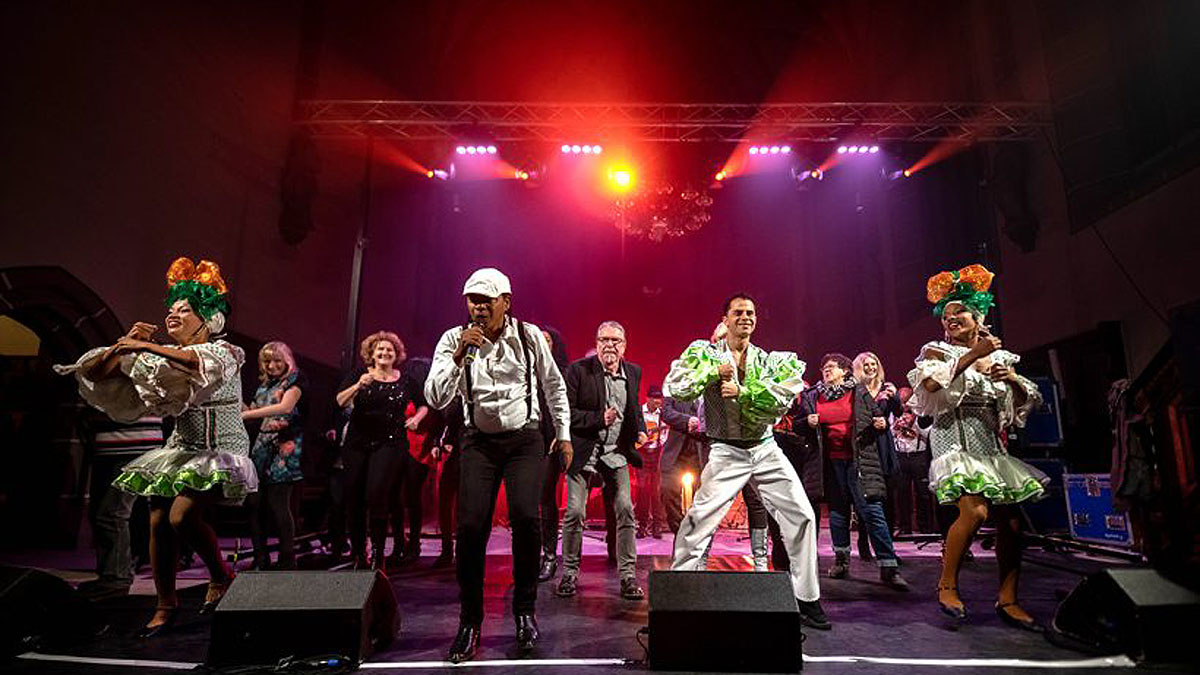 The Dominican Republic greets all travelers with a smile. Tourists can be infected by the serenity of the music and the exuberant locals, the joy of life because when the Dominican rhythms sound, it is impossible to sit still. For the Dominicans, this is always part of it. Known at what place and at what time, music musical nation, the musicians of the country master a great variety of rhythms and harmonies. Essential instruments of traditional music are the güira, the drum and the accordion. The best-known genres include the merengue, the bachata and the son, which occupy an important place in the Dominican identity.


The history of the merengue

For the Dominicans, the merengue is more than just local music. A fast two-quarter time, which is usually made up of an accordion, a bass, a güira (a typical Dominican percussion instrument made from a hollow round sheet metal that is worked with a wire broom) and a drum, embodies the Caribbean temperament and the warmth of the people like no other Cultural asset.

In 1850 the merengue came into fashion. Colonel Alfonseca, who some historians believe invented the merengue, was one of the first to write musical pieces of this kind with titles such as "Ay, coco", "El sancocho", "El que no tiene dos pesos no baila" and "Huye Marcos Rojas que te coge la pelota".

Towards the end of the last century, the originally German accordion appeared in the Cibao, a fertile region in the interior of the Dominican Republic, and replaced the bandurrias, also known as the bandola, a small Spanish plucked instrument. This changed the sound of the merengue.

African elements merged with Spanish influences and pre-Columbian chants of the Taino Indians to create the so-called "Música Criolla" (Creole music). But the French salon dance "contradanza" and the Italian "barcarola" also flowed into the newly created culture. The merengue quickly gained great popularity among the general public, but it was not accepted in the higher classes for a long time due to its connection with African music. Other reasons for rejecting the merengue were the accompanying literary texts. According to tradition, it was the composition "Compadre Pedro Juan" by Luís Albertí that opened the doors to merengue and met the taste of the upper-class. It was the first to be found decent. However, nobody knows why the new style of music was named after a dessert made from egg whites and sugar.

Some theories about the origin of the catchy beat also seem daring: sometimes it was the wooden legs of the pirates who beat it, sometimes it is traced back to the dances of the black slaves who carried heavy iron balls on their legs.

The original form of merengue, which has mainly been preserved in rural areas, is called "Perico ripiao" and is played by a small combo whose musicians - even without having studied music - have a virtuoso command of the following instruments thanks to their innate sense of harmony and rhythm : Accordion or guitar, drum, Güira and the maracas. This musical culture is passed on orally from generation to generation.

Numerous clubs and discos in Punta Cana, La Romana, Puerto Plata, Juan Dolio, Boca Chica, Sosúa and of course also in the capital Santo Domingo guarantee opportunities for dance and music enthusiasts to go out. The highlight for all dancers is the annual merengue festival in the capital.

For many musicologists, the "Merengue apambichao" or "Pambiche" has its origin in Puerto Plata in the twenties of the twentieth century. It is claimed that this type of merengue is a further development that originated during the first military occupation by North America between 1916 and 1924. It is believed to be an imitation of the frustrated Americans who could not join the dance at the festivals they attended. To make it easier for them to dance along, the Dominicans created a new dance step called Merengue Yanqui. He was accompanied by a new drum rhythm. One of the first pieces was from a factory in Palm Beach, Florida. This is how the name Pambiche came about, derived from the incorrect pronunciation of the city name of Palm Beach.

The style of music in four-four time from the Dominican Republic originated in the 1960s from a mixture of bolero and Cuban son. In the beginning, the bachata was viewed by many Dominicans as a rhythm of the lower classes that came from the ghetto and the country. Only when the great Dominican musician Juan Luis Guerra released his album "Bachata Rosa" in 1989 did that change. He achieved sales records both nationally and internationally and brought the bachata to a world-class level.

Just like merengue and salsa, bachata is not a standardized dance, there are an infinite number of variations in the sequences of movements, but they all have one thing in common: they are always danced very tightly and with a focus on the hips.

In the beginning, the bachata was less intended for dancing, rather its romantic guitar music and its lyrics of disappointed love were intended for entertainment. Influences from other genres, for example the merengue, have made the bachata a faster style of music that gets everyone on the dance floor in motion.

Latin American music has been booming worldwide since 2003. Famous stars like Juan Luis Guerra or the group Aventura with the so far best known Bachata piece "Obsesión" have conquered the whole world from the Dominican Republic.

The Son appeared in the Dominican Republic in the years 1870 to 1890 around the cities of Montecristi and Puerto Plata. There is a theory that the Son is a mixture of Spanish and African elements that is derived from the Bolero. Over time, the way of playing this rhythm, which goes back to the musician Miguel Matamoros, became called Bolero-Son. The first piece that became known in the 1930s was the composition "Lagrimas Negras" (Black Tears). Some researchers see today's so-called "bachata fino" as a further development of the son as it was played at the beginning of the twentieth century. The son has not achieved the status of merengue and bachata in the Dominican Republic, but it still has loyal followers.