How can I use statistics and probabilities

Friendship saved by the relationship between relative frequency and probability

Paparim takes the dice home and plans to roll 100 times.

After rolling the dice 100 times, he has the following result:

In fact, the 6 appears more often as a result. It appears 26 times or, calculated on the basis of 100 rolls, with a relative frequency of 26%. 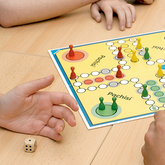 What goes forward also goes backwards or security with math

Paparim is in a very bad mood. Should his friend have tricked him so much ...

The next day, Paparim confronts Jonas with his result. Jonas says it was a coincidence that the 6 came 26 times. So he rolls the dice again, but now 10,000 times. In the end, Jonas and Paparim state:

The relative frequency of a result approximates the probability of the result if the experiment is carried out frequently.

What goes forward also goes backwards or security with math 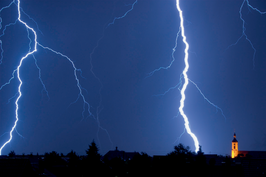 Safe to the cinema with mathematics, thanks to the probability.

Louisa and Fabienne have a bag full of yellow and red marbles. There are a total of 10 balls in the bag. You want to annoy Peter a little because Peter likes Louisa so much. You give him the following riddle:
Fabienne says to Peter: “When you find out how many balls are yellow, red and blue, Louisa invites you to the cinema. You can draw a ball 100 times and pack it back again. There are ten balls in total. “Peter is happy. He draws and receives the following result:

So Peter says for sure: There are only 2 yellow and 8 red balls in the bag. The movie night was very nice. :-)

This also works with probability. The probability multiplied by the total number gives the number of balls.
$$ 0.2 * 10 = 2 $$ yellow balls