What is more expensive rhodium or palladium

Why are palladium wedding rings so expensive?

Palladium is one of the most popular precious metals for wedding rings because it has a beautiful light gray color and is very scratch-resistant. However, in the last few months, palladium rings have become more and more expensive. Why is that?

The raw material palladium: more and more demand on the world market

When choosing wedding rings, palladium was still considered a cheap alternative to gold until a few months ago - but the grayish precious metal has now become significantly more expensive.
Because palladium is now one of the most sought-after raw materials on the international trading markets.
Even if wedding rings made of palladium are also becoming increasingly popular, the demand in the jewelry sector has little to do with the price development of palladium. In fact, there are quite different reasons for this: 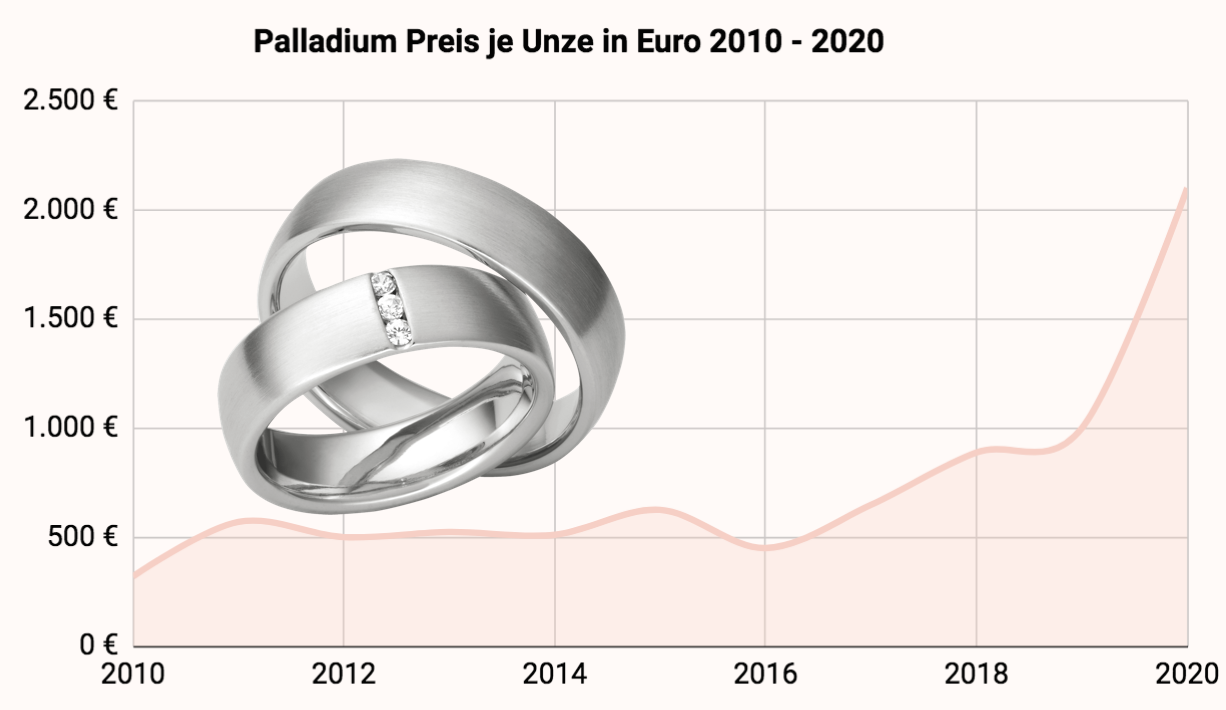 This dramatic rise in price therefore also affects the prices of palladium wedding rings. While it was customary for a long time that rings made of 950 palladium cost about as much as white gold rings with a medium gold content (585 / - fine gold or 14 carat), these are now even higher than platinum prices (For decades, platinum was the most expensive precious metal in the jewelry industry).

Palladium: even more expensive than gold

Since palladium is now more expensive than gold, there is another important component in the cost of wedding rings made of palladium: While gold wedding rings are usually made with a fine gold content between 58-75%, palladium rings are made of 95% palladium. In addition, the material is more difficult to forge - which is also included in the price calculation.