What is 3D graphics

We encounter them every day in the cinema, television and TV commercials: as deceptively real-looking special effects, a mixture of real film and animation or even as completely digitally created visual worlds with virtual characters. 3D graphics and 3D animations make visible what film or photography cannot or can only be shown with difficulty.

Where is this illustration technique used?

3D graphics are suitable for depicting processes behind closed walls, microscopic objects or even things that do not exist in reality. As static image motifs, 3D graphics also offer interesting possibilities to take the place of photos or illustrations - for example in brochures or on posters. Websites can be enhanced with multimedia and interactive 3D elements.

3D graphics differ from other graphics in the way they are created. While conventional graphics and illustrations are created on a two-dimensional surface (paper, screen, etc.), 3D graphics are based on a three-dimensional model of the motif, which is constructed to scale with special 3D software in a virtual space. For this purpose, the software uses techniques from photography and animation, the advantages of which can be used symbiotically. After choosing the perspective, the lighting and the material properties (color, gloss, surface, etc.), the actual graphic is calculated and output as an image or animation.

What are the advantages of 3D?

The initially complex creation process also offers a significant advantage: the flexibility of the 3D graphics.

A fully modeled 3D object can be rotated, scaled or positioned as required. The color and material of a 3D object or the lighting and choice of perspective as well as almost all image parameters can be subsequently adjusted just as flexibly. A changed motif then only has to be recalculated in the correct resolution for the medium used in order to obtain a current image.

A particular advantage of 3D is the ability to calculate complex animations - from a simple object rotation to the visualization of entire functional processes. By animated enlarging, coloring or by showing and hiding individual objects, the view can be directed to the important things. Relationships appear more understandable.

The high quality of the calculated images is characteristic of 3D graphics. More elaborately developed graphics hardly show any difference to the photo. Output as a simulated drawing is also possible.

Where does the use of this display technique make sense?

The areas of application for 3D graphics are broad and differ in their function (e.g. info or image graphics) and the type of medium (print product, Internet, DVD, etc.). They cover i.a. the following areas:

How is a 3D project created?

In principle, any task can be considered as a project, as is the case with other visual implementations. Whether a 3D implementation or other solutions are available depends on the individual case.

On the one hand, the use of 3D graphics or animation is advisable if a form of representation is desired that can only be achieved with difficulty using other mapping methods such as photos, illustrations, etc. Animation is placed.

On the other hand, 3D graphics can also be used as a stylistic device, e.g. when it comes to using an independent visual language or when a "more spectacular" visualization is desired.

A distinction must be made between the following phases:

Every project begins with a conceptual phase. The type and scope, target group, message, intended use and the desired medium are defined here.

2. Development of the storyboard

In animation projects, the film sequence is first outlined in the form of a script or storyboard that illustrates individual key frames or sequences. Likewise, spoken text, sound, music and the duration of the later animation are fixed in writing. The storyboard serves to coordinate with the customer and is an indispensable basis for the subsequent production.

In the modeling phase, all necessary objects are "modeled". Photos, sketches or plans of existing objects, which can be loaded into the modeling environment, are used as a template for the model. Ideally, there are CAD files (for technical objects or buildings) or layout files (for logos, etc.) that can be imported and reused. Free objects (e.g. in the case of illustrations) are first sketched and then reproduced on the computer.

The finished 3D models are then given their final appearance in the material editor of the 3D program. This determines whether an object is transparent, reflective, colored, rough or smooth, and what material it is made of.

The 3D scene is then appropriately illuminated with virtual light sources before the image is appropriately “staged” by choosing the camera setting and perspective. The result is checked by test calculations in small resolution, before the final image is calculated in the highest quality and with the correct resolution.

In animated projects, the motion sequences are set in a timeline with keyframes. Numerous tools enable the animation of the most varied of parameters, starting with the size, position and direction of an object up to complex movements, as they are necessary for the animation of virtual characters.

With so-called “rendering”, the image or animation is calculated in the desired image size for the desired medium. This process is very computationally intensive and therefore takes a different amount of time depending on the project. Simple still images can be calculated in a few minutes, while more complex ones may require a few hours of calculation time, depending on their complexity. Depending on the duration, content and quality level, the time required for animated projects can be considerably higher. Even the large film studios still need months to compute an animated movie despite the enormous computing power of entire “render farms”.

Which medium should it be?

The calculated graphics or animation can be used and optimized for a variety of different media. Use for print products is just as possible as integration in presentations or websites. It is even possible to convert the 3D data into real three-dimensional bodies, e.g. by transferring the data to a CNC milling machine or 3D printer.

Since the procedure in the individual process steps changes with the medium, it is necessary to make a decision about the medium as early as the conception phase. 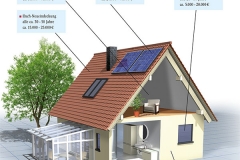 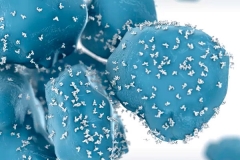 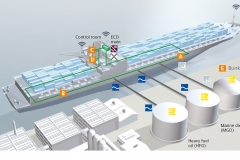