Can you drink ozone water

Energize water, invigorate, structure, inform, recharge, these are all terms that we come across again and again in connection with healthy drinking water. If we ask a chemist what all this means, he will most likely answer us: “Everything is esoteric nonsense, water is H2O and nothing else. Energization and revitalization cannot be proven by chemical analyzes. "

He is right about the latter, but just because something cannot be detected by chemical or physical analyzes does not mean that it does not exist.

If we take a closer look at this topic, we leave the safe ground of scientific research, where everything can be checked and proven by clear measurements. Precisely because we are advancing into areas that have so far been scientifically researched only little or not at all.

Therefore, in the flood of information on the Internet, we find a jumble of terms and statements on this subject area where nobody can really see through. Many of these terms such as “invigorate and energize water” are used in different places with different meanings.

Unfortunately, it is also very common for things to be simply asserted without any form of evidence or conclusive justification. Often only with the aim of being able to sell certain products better. An example of this is the statement: "With reverse osmosis, all bad information is retained in the water".

This article aims to convey the basics and create clarity.

The most common terms in connection with improving the quality of water are energizing and invigorating. Actually energizing means something like “enriching with energy”. In physics, energy is a clearly defined term, we know, for example, kinetic energy, thermal energy, electrical energy in electrical or magnetic fields, ...

When we talk about energizing water, it has nothing to do with the concept of energy in physics. “Energize water” means something completely different, namely to change the water in such a way that life processes run better or that the living beings that consume the water receive more life force / life energy and are healthier. The term life energy is also not to be seen here in a strictly physical sense.

It is exactly the same with all the other terms such as structure, inform, charge,…. Basically, they all mean the same thing. They tell us that water is not just H2O, but also has other more complex properties that are not shown in a purely chemical analysis, but that are important for life processes and for our health.

Masaru Emoto has shown very impressively with his crystal images that water can be influenced by information and subjective human moods in such a way that this is shown in crystal images when the water freezes. Even if this is not scientifically recognized, as it is not a clearly defined measurement method, it clearly shows that there is something where one should continue researching.

In homeopathy, drugs are manufactured in which substances are extremely diluted, this is called "potentiating". Often the dilution is so strong that the starting material is no longer present in the solution as a substance. Nevertheless, more and more people are finding out that such drugs work in practice, even if conventional medicine rejects it, because it has not yet been scientifically understood how exactly it works. If such a drug works without the active substance still chemically in it, it can only be that the water has retained something like information about this active substance and thus comes into effect in the body. 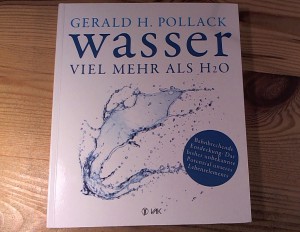 The American scientist Professor Gerald Pollack has gained significant new knowledge about water and made it accessible to the public in the book "Water much more than H2O".

In essence, he discovered that water forms a special zone at all interfaces with which it comes into contact, he calls it the exclusion zone, in which it behaves differently due to the interaction with the interface.

Gerald Pollack has found that these exclusion zones are much larger than expected. Some of them can even be seen with the naked eye or with a simple magnifying glass.

Many properties and phenomena of water that could not be explained before can now be understood with this discovery by Gerald Pollack.

Water comes in the three states of solid, liquid and gaseous, so we learned that at school and experience it every day in the game of the weather. Gerald Pollack found out that a kind of fourth state occurs at the interfaces, which lies between solid and liquid, this is sometimes also referred to as liquid crystal. These are roughly two-dimensional structures made up of hexagonal structures that are formed by H2O molecules. We can visualize it like a flexible, thin mat, which, like a honeycomb, consists of a 6-cornered grid structure.

Most of the time there are a lot of such mats on top of each other. They are very slippery and can slide easily on each other (this is why the skates work so well). When the water cools below freezing point, these structures solidify, the mats no longer slide and form a 3-dimensional ice crystal.

I could imagine that such complex structures as these mats (liquid crystals) are able to store information. Let's take a look at a homeopathic drug as an example. The arnica plant contains anti-inflammatory and healing substances. On Wikipedia we see that these substances have quite complex chemical structures.

If such a substance is contained in water, we have an interface between this complex chemical substance of the arnica active ingredient and the water, at which such liquid crystalline 2-dimensional mat structures are formed. The specific shape and formation of these liquid crystals is strongly influenced by the chemical structure of the arnica active ingredient. One could say figuratively that arnica leaves a kind of fingerprint in these liquid crystals formed by the water.

This would make it possible for the water to retain the information from arnica, even if you took the active ingredient out of the water yourself. The arnica information is then in the concrete form of these liquid crystals.

This picture of how information could be stored in water is my personal interpretation based on the fundamentals from Gerald Pollack's book. It is plausible to me, but has not yet been scientifically verified.

If we assume that information in water is actually contained in liquid crystalline structures, we get some answers and many new questions.

If information in water is contained in more or less complex liquid crystals, the specific shape of these liquid crystals most likely also plays a decisive role in the vitality and health of the water.

Revitalize, energize, structure, inform, recharge water, ... everything would then amount to getting the liquid crystals optimally designed for life processes.

What do we learn from this in relation to different filter systems and activation processes?

The water purifies itself naturally through evaporation and condensation in the atmosphere. This is comparable to distillation.

As rain, these drops come back to the earth as clean water (at least in untouched nature) and seep into the ground. This creates additional interfaces with everything that comes into contact with the water in the soil. New liquid crystal structures and information arise.

Electric distillation devices work in a very similar way. Here, too, all information is deleted during evaporation. However, the water condenses on a cold surface made of stainless steel or another material. The first liquid crystals are formed at this interface and in air. This gives the same purity but different information than condensation in the upper atmosphere.

This is not what we want, therefore reverse osmosis water should also be treated in this regard.

Gemstones such as rock crystal or rose quartz also have an interface with water, where these liquid crystal structures form. These then have the fingerprint (information) of the gemstones.

Vortices bring movement into the water. It is possible that existing liquid crystal structures are broken up into smaller structures. Then eddies usually create additional interfaces to the air, where new structures can arise again. Moving water can also cause upper layers of liquid crystals to be washed away and then new ones to form again. This may even lead to an increase in such crystal structures. All exciting questions that need to be investigated more closely. 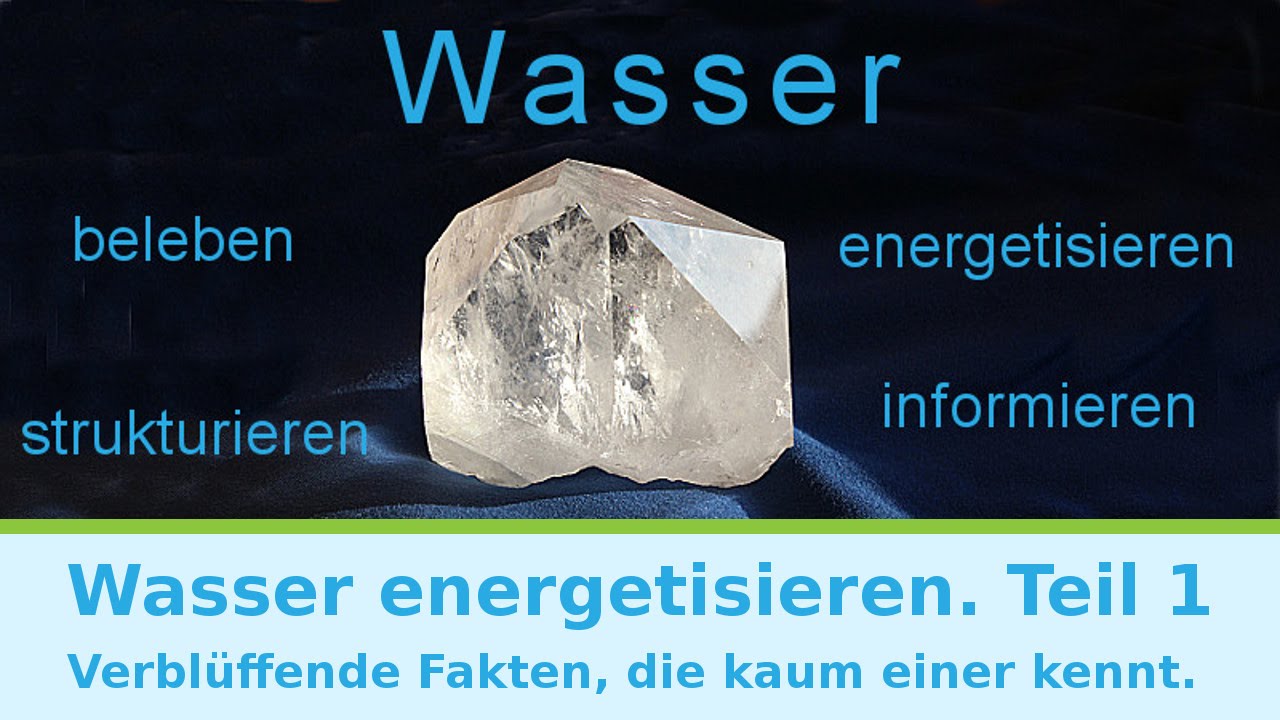 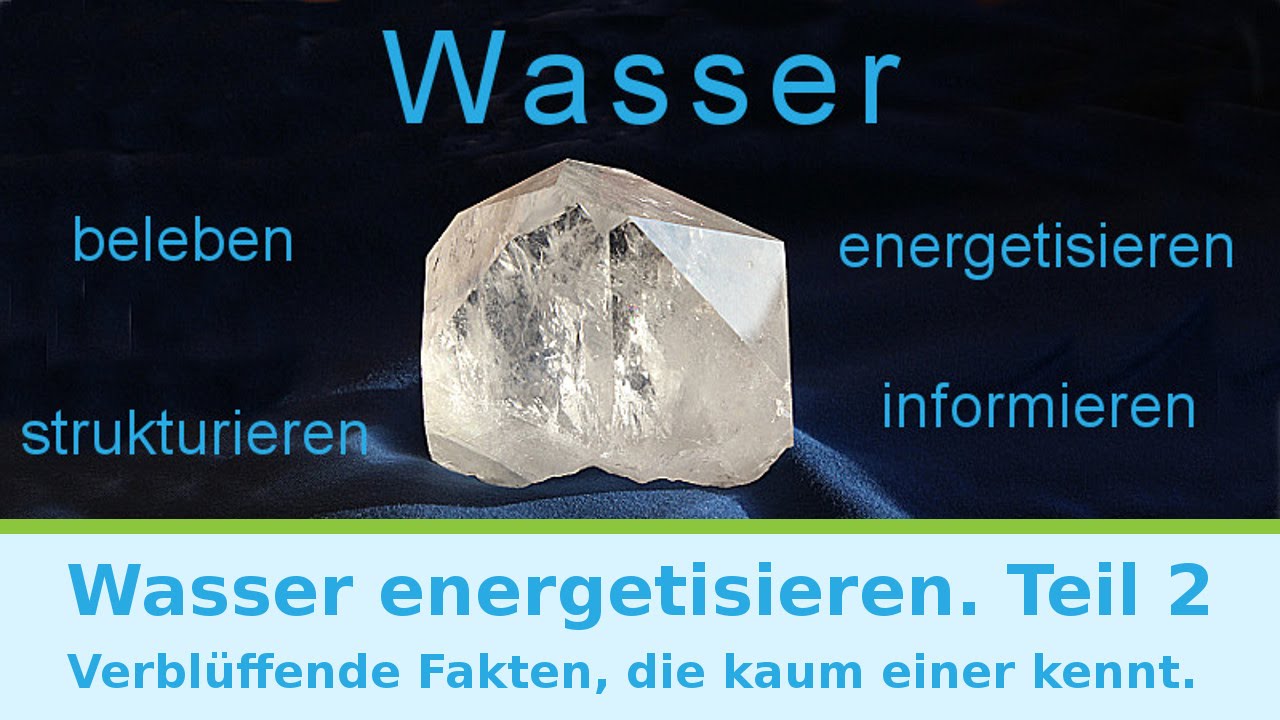